Does the US Rank Below Cuba? 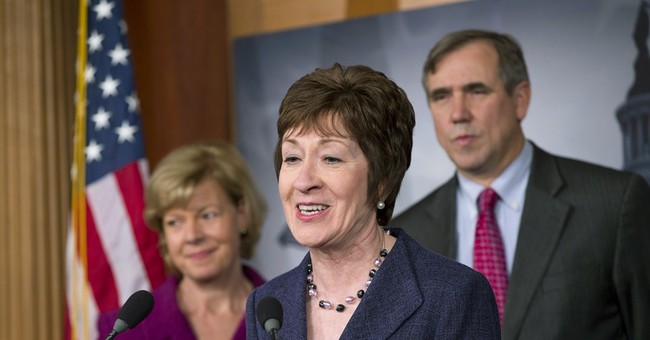 The World Economic Forum has issued its annual report on the gender gap worldwide, and it has received respectful notice from the usual places (PBS, CNN, The Washington Post). But any report that places the United States below Cuba, the Philippines and South Africa deserves a little skepticism. In fact, the WEF places the U.S. 23rd in the world, below the Scandinavian countries, and those just named, but also below Lesotho.

What the heck are they measuring? Well, for one thing, the report examines the difference between men and women within countries, not the absolute welfare of women in one country compared with another. Still, the study has been received as a report card on women's well-being. Rubbish.

One of the gender gap measures is the number of women in national political leadership. The U.S. ranked 60th for equality in political leadership. Only 18 percent of the members of Congress are women, and countries like Germany and Bangladesh that have (or have recently had) female chief executives get extra points. Do you believe that the WEF is telling us something useful when it reports that women in India, Mozambique and Senegal have greater "political empowerment" vis-a-vis men than American women?

Counting up the number of women in parliament or the executive mansion doesn't tell you much. Some countries have laws requiring a certain number of women to serve in the parliament. The WEF questionnaire specifically asks whether nations have imposed such quotas. India has one for village councils and has attempted to pass another for its Parliament, though it has yet to be ratified. But why should the World Economic Forum extend garlands to nations that deny to women (and men) the freedom to choose the best candidate, even if it happens to be a man?

Indira Gandhi was prime minister of India from 1966 to 1977 and again from 1980 to 1984. Call it a great milestone for women if you like, but at the time, brides were still commonly bought and sold in India (many of them children), female infanticide was widespread, and women were barred from many sports, schools and other activities.

The U.S. ranked sixth in "economic empowerment and opportunity" due to the high percentage of women in managerial and professional work, yet still below Mongolia, Burundi, Malawi and the Bahamas. Really? Yes, it seems that you get ranked based on the number of women participating in the labor force, even if they're doing menial labor. So all of those women making beds and emptying trash at hotels in the Bahamas move their country above the U.S. in "economic empowerment" because fewer American women are in the paid labor force.

The U.S. ranked 53rd on "healthy life expectancy" -- an artifact of our lack of socialized medicine, an NYU professor helpfully explained on PBS. But life expectancy in the U.S. for both men and women varies tremendously by income and region. One of the chief causes of diminished life expectancy is violent death, which has little to do with the medical system. Another is obesity, which increases the risks of diabetes, cancer and heart disease. America is second only to Mexico in obesity rates, and, you guessed it, women outrank men in the fat department.

The WEF study reinforces the usual myths about women's wages -- reproducing, for example, the widely discredited "fact" that women earn 70 cents on the dollar compared with men in the United States. The study is also heavily weighted in favor of the sort of social welfare policies practiced by the northern European countries -- plentiful childcare subsidies, generous family leave and so forth.

The U.S. ranked high on "educational attainment," but frankly, while this boosts America's ranking on this international gender gap comparison, it's a mixed blessing. According to the National Center for Education Statistics, women earned 57 percent of bachelor's degrees, 62 percent of master's degrees, and 53 percent of doctorates in 2010. That's fine, except that 80 percent of women say that getting married is an important life goal, and most women prefer to marry men who are their equals or superiors in education and income. As women outstrip men in educational attainment, the pool of marriageable men shrinks, leading to more, not less, female unhappiness.

That brings us to the main problem with surveys like these performed by ideologically zealous western academics. True well-being for women and men relies on the flourishing of both. Strong families and other social supports are probably more central to women's success and happiness than the arbitrary metrics chosen by the WEF.

If the U.S. ranks below Cuba on anything -- except statistics like political prisoners -- you know there's a problem with the survey.