When Is a War not a War? 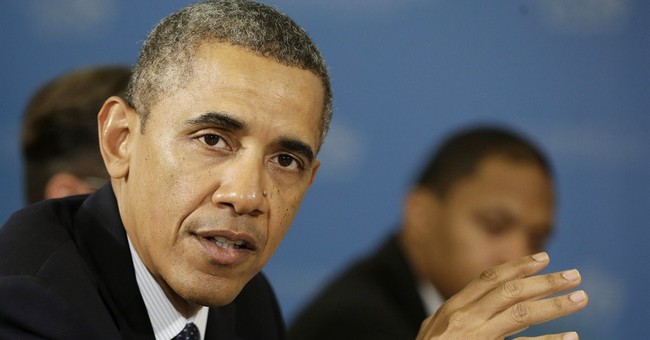 Trending
Barack Obama accelerated his political ascent in 2002 by positioning himself firmly as the voice of anti-war Democrats. Unlike Hillary Clinton, Joe Biden, John Edwards and John Kerry, then-Illinois state Sen. Obama announced that he opposed the effort to topple Saddam Hussein, not because he opposed all wars, but because he resisted what he called "dumb wars."

What was "dumb" about the Iraq War? Sen. Obama didn't say precisely, but he inveighed against "the cynical attempt by Richard Perle and Paul Wolfowitz and other armchair, weekend warriors in this administration to shove their own ideological agendas down our throats ..."

He said "hacks" like Karl Rove were using war in an attempt to distract the nation from "a rise in the uninsured, a rise in the poverty rate, a drop in the median income -- to distract us from corporate scandals and a stock market that has just gone through the worst month since the Great Depression."

In short, Barack Obama gave President Bush and those (including some Democrats) who supported overthrowing Saddam Hussein absolutely no credit for sincerity. To the contrary, he imputed the worst motives to them.

Republicans are being more generous. Speaker John Boehner and Majority Leader Eric Cantor have endorsed the president's call for the use of force against Syria. Former Bush advisors Stephen Hadley and Eric Edelman have agreed to lobby Republicans on Obama's behalf. A number of leading Republicans have penned op-eds supporting this most nakedly partisan of presidents -- though it must feel to them like a bone in the throat.

Most presidents consider the use of force to be a matter of high principle, urgent national interest, or both. Obama apparently considers the matter an opportunity to put a congress of the other party on the spot. "Congress is now the dog that caught the car" tweeted a snide David Axelrod after Obama reversed himself and decided to ask for congressional authorization.

By asking for approval that he had reason to suspect might not be forthcoming, the president is attempting to wriggle off the hook he impaled himself on when he puffed out his chest and drew a red line. He apparently did not consider how he would react if Syrian President Bashar al-Assad crossed the line or how it would diminish American credibility if he failed to act. His initial response, when reports of chemical weapons use first surfaced last March, was to ignore it and hope no one noticed. Assad noticed and deployed the weapons even more flagrantly. Now the president is hoping that Congress can give him cover for failing to respond again.

The Obama administration may well be the first in American history to ask Congress to authorize a military slap on the wrist. How else to interpret the promises and representations flowing from the White House that any military action will not involve "boots on the ground," will last no more than two or three days, will be in John Kerry's words "unbelievably small." A White House aide told the LA Times that the president's attack would be "just muscular enough not to get mocked."

Obama is asking for authority he insists he does not need to carry out a military campaign that will, to quote Kerry again, "hold Bashar al-Assad accountable without engaging in troops on the ground or any other prolonged kind of effort in a very limited, very targeted, short-term effort that degrades his capacity to deliver chemical weapons without assuming responsibility for Syria's civil war ..."

How can Congress take this seriously? "This is not war in the classic sense," the secretary of state explained. Right, and that's part of the problem.

The president insists that it isn't his credibility but that of the "international community" that is at stake here. Yet the principle he claims to be upholding -- that chemical weapons use should never be tolerated -- is not one that gave him second thoughts in that 2002 speech. He acknowledged that Saddam "butchers his own people to secure his own power. He has repeatedly defied U.N. resolutions, thwarted U.N. inspection teams, developed chemical and biological weapons, and coveted nuclear capacity. He's a bad guy."

But removing Saddam by force -- even though he gassed more of his own people than Assad has his -- constituted a "dumb war." The president must now persuade Congress that his "unbelievably small" pinprick of violence a) will adequately deter a hardened war criminal, and b) is not "dumb."