Missing From News: The World 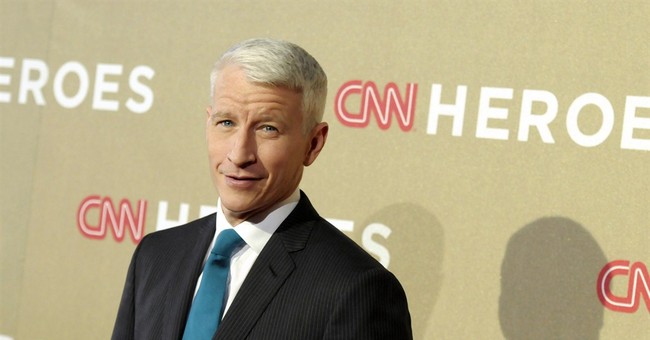 Traveling around the U.S. and catching news on the fly, one is struck by things that go unnoticed in the ordinary routines. Just how shallow and parochial can American news get?

An airport CNN monitor reported the breaking news that George Zimmerman had been pulled over for speeding. Thanks, CNN, for keeping me up to date.

One can read newspapers, magazines and watch TV in America pretty diligently and still only vaguely be aware that there's a world out there. I know this makes me sound like a liberal. Liberals, more than conservatives, like to focus on international events. Public Radio International has an eclectic nightly program called "The World" that covers everything from pop music in Peru to an orangutan rehabilitation center in Borneo. It's a quirky show -- interesting and rarely preachy -- but it's more human interest than hard news.

Liberals' interest in the world seems to stem at least in part from disdain for their own country. Like Obama's vacuous invocation of the "citizens of the world" cliche, they tend to view the world not as it is, but as a foil for the U.S. News from other nations tends to be reported as an implied rebuke to the U.S. ("All Belgians are given free education from birth through Ph.Ds") or a reminder of past U.S. crimes. ("Vietnam still struggles to overcome war's legacy.")

This kind of reporting is just an extension of the parochialism that liberals claim to despise. Other nations are interesting in their own right, not just as exhibits in our ongoing domestic debates.

Let us therefore praise the London-based Economist magazine. Its editorial posture is liberal. They endorsed Obama in 2008 and again (begrudgingly) in 2012. They can get things infuriatingly wrong -- their coverage of the Zimmerman trial, for example, neglected to mention self-defense.

Yet week in and week out, The Economist reports world news with sophistication and intelligence. Guess which region of the developing world has the highest rates of obesity? Latin America and the Caribbean. More years of life are now lost to overeating than to hunger in this part of the world.

Guess what the poverty rate in India is? Twenty-two percent. That's down from 37 percent in 2005. The nature of poverty in India remains radically different from first world conditions. The poor suffers high levels of disease, malnutrition and illiteracy. But the story of India's rapid economic growth over the past several decades is stunning. An estimated 300 million Indians have moved from poverty into the middle class in 10 years. (Forgive a little axe grinding: It was capitalism that did it.)

Iraq has seen more violence in the past four months than at any time since 2008 -- 3,000 killed and more than 7,000 injured. Al-Qaida and Sunni spillovers from the fighting in Syria are battling for control of the country. Shia mosques, markets and funerals have been attacked. The Economist doesn't mention it, but the Obama administration has invited this chaos by refusing to leave a stabilizing U.S. force behind after a hard-won U.S. success.

France has endured more riots in the Muslim suburbs of Paris (reminiscent of the weeks of violence in 2005) after police asked a woman to remove her face covering in the course of an identity check. The woman's husband attempted to strangle the officer. There was a scuffle. He was arrested, and later that night the town of Trappes began to burn.

Female genital mutilation (a practice unrelated to Islam) is subsiding in the Central African Republic and among some tribes in Kenya. But it's going strong in Egypt, Somalia, Mali, Sudan, Ethiopia and Mauritania, where 70 to 100 percent of girls are cut. A UNICEF report found that more than 65 percent of Somali women believe the practice should continue, along with about 58 percent of Egyptian women and 77 percent of Malian women. In Britain, where the practice is illegal, immigrants from Egypt, Gambia, Kenya, Sierra Leone and Somalia take their daughters abroad during summer holidays to be mutilated. Police are reluctant to investigate, fearing political incorrectness.

Expect the American press to cover more Zimmerman news this summer. They'll explain that August is a slow news month. Maybe it's not the news that's slow.