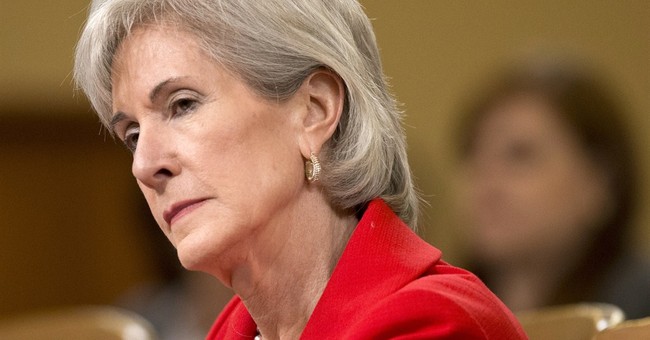 If I were the parent of a child who might be kept alive -- if only for a few more years -- by a lung transplant, I would move Heaven and Earth to get it done. It's completely understandable that the parents of 10-year-old Sarah Murnaghan have made her an Internet and cable news celebrity in a desperate effort to get her on the adult list for a lung transplant. No one with a particle of human sympathy can fail to be moved by the family's situation.

The story, however, has loosed a torrent of demagoguery -- some of it coming from the very people who should be most alarmed about the politicization of cases like Sarah's and of health care generally.

Talk radio and TV have been ringing with strident and even hysterical accusations that HHS Secretary Kathleen Sebelius is "letting this little girl die," or "choosing who will live and who will die." Some are linking Sebelius's supposed callousness to the terrible, politicized rationing of care that Obamacare will inaugurate.

This is all backwards. The people calling upon Sebelius to intervene and grant a waiver from the usual rules regarding children and transplants are the ones urging the politicization of medical care -- at least in this case. They would be the ones responsible for setting a terrible precedent. The lesson would be this: If you can muster public pressure through social media, the press, and politicians, your loved one can gain an advantage over others waiting for a lung or kidney or liver. Photogenic patients or those with media-savvy or even politically well-connected relatives would go to the head of line. That is exactly what conservatives ought to fear.

Deciding who among the desperately sick should get a lung or other organ when they become available is managed by a nonprofit group called the United Network for Organ Sharing. UNOS has developed a complicated scoring procedure for those seeking a lung transplant that takes many matters into account, including how sick the patient is and how long he or she would be expected to survive post-transplant.

The statistics for people with cystic fibrosis are grim. A lung transplant is not a cure -- CF ravages other organs as well. A 2007 review of the data from the US Cystic Fibrosis Foundation found that the benefits of lung transplants for children with CF were hardly clear. Of the 248 children who received donor lungs between 1992 and 2002, only five were found to have benefited significantly.

Any system of allocating organs must be as fair as possible to all concerned, which means employing neutral criteria to decide who gets organs when they become available. Sebelius has agreed to order a review of the policy that separates pediatric and adult cases, but those pressing her to help one particular patient are corrupting the system.

This kind of politicization of medical care is one of the chief objections to Obamacare. Its enormous bureaucracy, its Byzantine rules, the IPAB and the discretion handed to (yes) the Secretary of HHS, threaten to make politicization of treatment the order of the day. It's exactly the reverse of what we need.

There is an alternative that would help patients like Sarah and the rest of us reduce the scarcity. Decades of pleas for donations have not worked. If we permitted a system of payments (carefully regulated) for those donating organs, we'd take a huge step toward making more available for those who desperately need them.

The same principle applies more generally. Rather than permit the government to ration care, reform should focus on creating more supply. The cries of some talk show hosts notwithstanding, Kathleen Sebelius isn't in control of whether Sarah Murnaghan lives or dies. But if Obamacare is fully implemented, she and her successors will have such power over all of us.