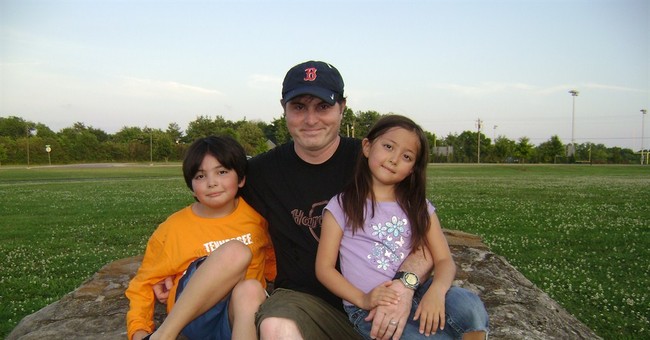 The headlines were misleading: "Moms are Breadwinners in Record 4 of 10 Households." Immediate thought: Wow, 40 percent of wives are primary breadwinners. Nope. If you read down to the fifth or sixth paragraph in most stories about the new Pew study, you'd discover that the number of women out-earning their husbands was actually just 22.5 percent of married couples with children under the age of 18. The 40 percent figure includes single-parent households, in which the mom is not the primary, but the sole, earner.

Pew devoted some attention to the question of how Americans feel about wives out-earning their husbands. Sixty-three percent of respondents (including 75 percent of college graduates) disagreed with the statement: "It's generally better for a marriage if the husband earns more than the wife." Maybe that's of interest to Sheryl Sandberg and some of her colleagues, but it's not an urgent concern for society.

Wives who earn more than their husbands, like wives who earn less than their husbands, are part of the healthy elite in America -- married couples. Their children are going to do well. Only a tiny minority of children from intact homes are going to get into trouble with the law, experience poverty, get pregnant as teenagers, commit suicide, acquire a drug addiction, perform poorly in school or wind up on public assistance. All of those troubles, and more, will be statistically much more likely for kids who grow up in single parent homes.

We know as well as we can know anything in social science that two parent families are best for children and for society. American married couples are solving the work/family balance in any number of ways. The overwhelming majority of mothers prefer to take the lion's share of childcare responsibilities, and an equally large percentage of fathers prefer to be primary breadwinners. Other surveys have found married parents of both sexes spending more time than ever with their kids.

The slow growth economy under Obama has added to the burdens of all mothers, though, and this shows up in surveys about how much women would like to work. A 2007 Pew survey found that only 21 percent of mothers described their "ideal" situation as working full-time. In 2012, 37 percent said they'd like full-time work. In 2007, 60 percent said part-time work was their ideal. By 2012, 50 percent said so. More than twice as many men as women lost jobs during the recession, and women's interest in work may reflect the state of the family's finances more than anything else.

But what are we to make of the ever-swelling population of women who don't have the luxury of part-time work because they chose to bear and raise children alone?

Pew tells us something unsurprising -- the younger you are, the more likely that you are an enabler of this socially suicidal pattern. Seventy-four percent of those aged 50 and older say the rising number of single mothers is a big problem. The percentages decline steadily with the ages of respondents. Only 42 percent of those aged 18 to 29 think single parenting by choice is a big problem.

Some liberals, like President Obama, pay lip service to the importance of fathers. "I was raised by a heroic single mother" he told Morehouse graduates, "but I still wish I had a father who was not only present but involved." That's helpful, but liberalism has been the consistent cheerleader for burying the old stigmas that kept families intact. Liberals don't mind if you want to have an intact family, but they bristle at the notion that you might recommend it for everyone. Katie Roiphe, for example, delights in the fact that 53 percent of the babies born to women under 30 are illegitimate. "If there is anything that currently oppresses the children," she wrote recently in The New York Times, "it is the idea of the way families are 'supposed to be' ..."

Roiphe is partially right -- ideas can be oppressive. Liberal ideas are undermining marriage and condemning millions of children to unnecessary poverty, instability and unhappiness.