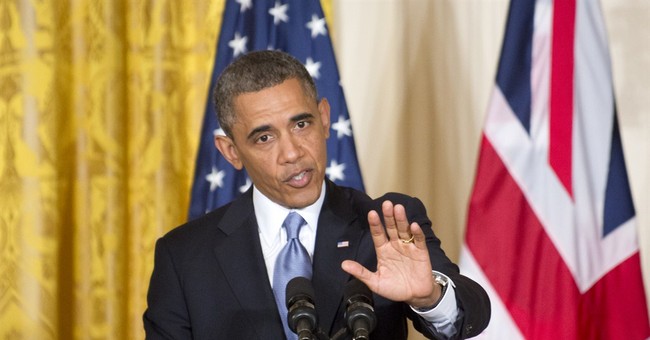 Trending
Two years ago, this column, along with others, raised an alarm about the Obama administration's decision radically to diminish the due process rights of those accused of sexual harassment on American campuses. There's a new outrage today, but first, a recap:

In a 2011 letter to colleges, the U.S. Department of Education's Office of Civil Rights (OCR) mandated that in cases of suspected sexual harassment or sexual assault, universities were to reduce the standard of proof to a more likely than not standard. The new standard requires that fact finders believe only that there is a 50.01 chance that the charges are true.

I warned at the time that students falsely accused could see their lives upended and possibly destroyed. Clearly, if a student has committed a crime or serious offense, the university has a duty to investigate. But serious charges, which can blight careers, require serious guarantees of the rights of the accused. In a court of law, a defendant has the right to confront witnesses against him, the right to see any exculpatory evidence the state discovers, the right to be represented by counsel and the presumption of innocence. In felony cases, the state must prove beyond a reasonable doubt that the defendant is guilty.

No such safeguards are available to accused college students. As self-described feminist Judith Grossman discovered to her horror when her son was falsely accused of "non-consensual sex" by a former girlfriend, "the Department of Education's OCR has obliterated the presumption of innocence that is so foundational to our traditions of justice." Grossman recounted that her son was denied counsel, subjected to a two-hour long inquisition, refused the opportunity to present evidence (in the form of emails from the former girlfriend and other documents) and denied the opportunity to question witnesses against him. Thanks to Grossman's legal expertise and assistance, her son was eventually cleared. Other students are not so fortunate.

Following the Education Department's directive, the University of Hawaii announced that students may be evicted from dormitories after no more than an accusation. At Yale, an unsubstantiated charge of sexual assault against a star football player was enough to deny him a Rhodes scholarship. At Xavier University, a student who was found not guilty of sexual assault by a judge was nonetheless told by the university that he would be prohibited from participating in classes or extracurricular activities with his "victim." Caleb Warner was banned from the campuses of the University of North Dakota for three years. When police investigated the case, they issued an arrest warrant for his accuser, charging her with making a false rape charge. Only after repeated interventions on Warner's behalf by the Foundation for Individual Rights in Education (FIRE) did the university finally admit that the charges were without foundation.

Having virtually obliterated procedural protections for those accused of serious offenses and crimes, the Obama administration has now added a new insult -- a restriction on free speech itself. For two decades, universities have struggled with the question of "speech codes," tempted by the left to enshrine political correctness at the expense of the First Amendment. Most campuses have resisted, but through the Obama administration, the censors have triumphed all at once and everywhere.

A letter from the Department of Education and the Department of Justice addressed to the University of Montana but explicitly intended as a "blueprint for colleges and universities throughout the country," the government has altered the legal meaning of the term "sexual harassment." The new rule directly contravenes Supreme Court decisions and previous rulings from OCR that harassment "must include something beyond the mere expression of views, words, symbols or thoughts that some person finds offensive." The Supreme Court has ruled that to meet the test of sexual harassment, behavior must be "severe, pervasive and objectively offensive." Note the word "objectively," meaning that a reasonable person similarly situated would be offended.

The reasonable person standard is now gone. The new definition of sexual harassment decreed by the Obama administration is "any unwelcome conduct of a sexual nature," including "verbal conduct." The purported victim now has the power to decide whether a young man or woman (but it's nearly always a man) is branded a sexual harasser. It's entirely subjective.

Obama promised fundamental transformation. This is part of it. Freedom of speech is sacrificed, and a new army of sexual harassment "specialists" will descend on America's campuses to enforce the new dispensation.