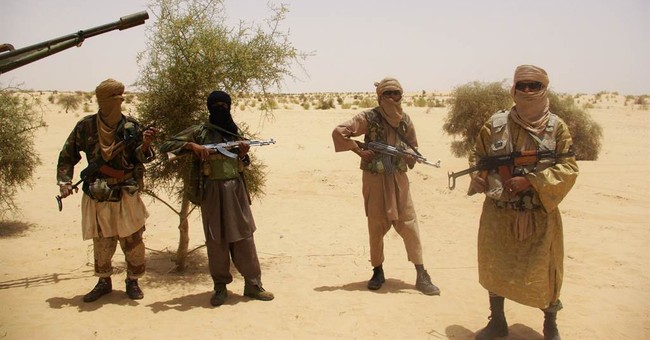 Trending
The Obama administration is quite worried about stereotyping Muslims as violence-prone terrorists. They fear that any acknowledgment that some Muslims commit acts of terror because they are religiously motivated (however twisted the terrorists' interpretation of Islam may be) is to encourage a backlash of intolerance (at best) and violence (at worst) against Muslim Americans.

It's not crazy to worry about anti-Muslim violence. There have been vicious attacks on innocent Muslims. Last November, a Queens, N.Y., man was stabbed six times as he stood outside his mosque by an attacker who shouted "F------ Muslim, I'll kill you." In the wake of the Boston bombing, a drunk Northern Virginia man reportedly attacked and broke the jaw of a cab driver (an Army reservist who served in Iraq and at Guantanamo) after snarling "If you're a Muslim, you're a (expletive) jihadist. You are just as bad as the rest of them."

The worst instance of what was probably intended as anti-Muslim violence was the August 2012 attack on a Sikh temple in Wisconsin. Sikhs, who wear turbans, are frequently mistaken for Muslims. Wade Michael Page opened fire in the temple, killing six and wounding four (including a police officer) before turning the gun on himself. Page reportedly had links to white supremacist and neo-Nazi groups.

Anti-Muslim bigotry clearly exists, as does bias against every other group or conceivable group in American society. Such bias is obviously misguided and counterproductive. It's also fairly uncommon.

According to the FBI's compilation of hate crime statistics, there were 1,480 incidents of religiously motived crimes in America in 2011. Of these, 63.2 percent were directed at Jews, 12.5 percent at Muslims and little over 9 percent at Catholics and Protestants. The rest were all over the map. This hardly constitutes a wave of anti-Muslim violence.

As Andrew McCarthy, who prosecuted the first World Trade Center bombers, has said regarding Muslims who serve their country: "Without them, we could not have infiltrated jihadist cells in New York and stopped terrorists from killing thousands of people. Without them, we could not have translated, understood and processed our evidence so it could be presented to a jury as a compelling narrative. Pro-American Muslims serve honorably in government, in our military, in our intelligence services and in our major institutions."

It's quite possible, likely in fact, that most Americans are aware of the distinction between the majority of Muslims who are law-abiding, patriotic and indispensible in the fight against Muslim extremism, and the small minority of Muslims who are Islamists. Doubtless most Americans, who are fair-minded, non-prejudiced people, vehemently condemn acts of bias or violence against Muslim Americans.

Can the Obama administration likewise acknowledge that exaggerated efforts to avoid the appearance of prejudice can lead to problems of its own? Can it now see that failing to take Maj. Nidal Hasan's progressively more radical religious views seriously as a security threat was a disaster? Does the administration recognize that its subsequent official description of the Fort Hood attack as "workplace violence" was a bad joke? Can it now admit that losing track of Tamerlane Tsarnaev, even after repeated warnings from the Russians and the Saudis and abundant evidence of his conversion to radical Islam, was a politically correct blunder?

This administration's efforts to deny that Islamism has anything to do terror have led it into embarrassing circumlocutions and denials. CIA Director John Brennan testified before Congress, "Our enemy is not 'terror' because terror is a state of mind, and as Americans we refuse to live in fear. Nor do we describe our enemy as 'jihadists' or 'Islamists' because jihad is a holy struggle, a legitimate tenet of Islam." Brennan also expressed the hope that the Obama administration could "build up" the "more moderate elements within Hezbollah." If Hezbollah, an Iranian creation and dedicated terrorist Islamist organization is considered to contain moderates, it's no wonder that James Clapper, Director of National Intelligence, described the Muslim Brotherhood in Egypt as "largely secular."

It's fine for Americans to "refuse to live in fear." It's not fine for Obama administration to insist that we live in denial.