And You Say Conservatism Is Dying? 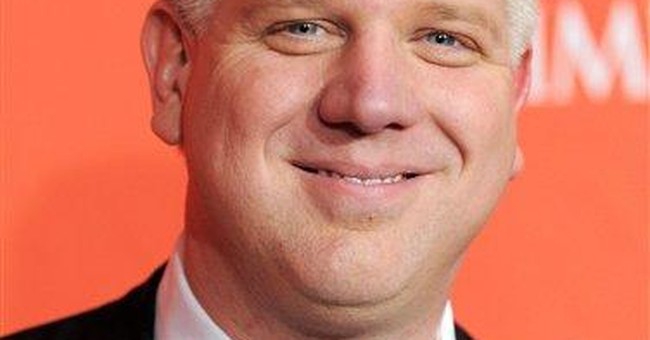 Strangely, chatter about the "death of conservatism" is circulating this fall. I say "strangely" because we are in the midst of the greatest left/liberal moment in living memory. Liberal policies are careening out of Washington and mowing down innocent bystanders. This is the greatest opportunity since the Carter administration to illustrate to voters why conservatism is to be preferred. So it's downright weird that at this moment, we are being asked to ponder how far we have fallen from the glory days of William F. Buckley and Milton Friedman. "How awful for you," say those who never sympathized with conservatism, "that you have been reduced to Rush Limbaugh and Sean Hannity."

This is rubbish. Conservatives have always had populists as well as intellectuals. In the 1970s there was Buckley, yes, but also Howard Jarvis and Richard Viguerie. We had fewer radio voices because the Fairness Doctrine limited free speech. Now we have a chorus where once we had only a few soloists. Besides, why don't those crying crocodile tears for conservatism's supposed decline fret that liberalism is represented by the likes of Keith Olbermann and Rachel Maddow? I'll see your Rush Limbaugh and raise you an Al Franken and a Michael Moore.

Far from suffering a decline, conservatism is on the cusp of a major comeback, courtesy of Obama, Pelosi, and Reid. That revival will be fertilized by their failures. The crop is already beginning to come in:

Cash for Clunkers: The goal of the program was to reduce carbon emissions and boost the ailing auto industry. As even "Saturday Night Live" acknowledges, the program succeeded in stimulating the economy -- of Japan. The Department of Transportation estimates that 59 percent of vehicles bought with clunker bonuses were foreign made. As for the American auto industry, as soon as the program ended, sales plummeted by 25 percent compared with last year, suggesting that consumers simply rushed to purchase cars in August that they were planning to purchase soon anyway. The environmental impact is speculative. Some estimate that the program will save 0.04 percent of CO2 -- or two days worth -- over the next decade. Or maybe not even that. Lee Schipper of Berkeley and several colleagues warned in the Washington Post that new cars are more fun to drive than old clunkers. It is therefore possible that the program will not yield even that de minimus environmental benefit. Moreover, the price for this fandango came to $2,000 per vehicle, or $1.4 billion to taxpayers.

Minimum Wage Hike: On the campaign trail, candidate Obama proclaimed, "We shouldn't raise the minimum wage every 10 years, we should raise it every year, to keep up with inflation. If you work in this country, you should not be poor." Conservatives warned that increases in the minimum wage always result in fewer jobs for the young and unskilled. The Democrats passed it. It became law in July. What happened? Seasonally adjusted teen unemployment reached its highest level in 63 years -- 25.9 percent. In two months, 330,000 jobs for teenagers just vanished. As the Wall Street Journal noted, the situation is most dire for black male teenagers, whose unemployment rate jumped from an already grievous 39.2 percent in July to 50.4 percent in September. The anemic economy is obviously one factor in the equation. But particularly in a time of recession, it violates common sense and 50 years of experience artificially to raise the price of labor.

The Stimulus Bill: In order to prevent unemployment from reaching 8 percent and to boost consumption and economic activity, Congress passed a $787 billion stimulus behemoth. Six months on, the unemployment rate is brushing up against 10 percent. And, as economists John F. Cogan, John B. Taylor, and Volker Wieland argue, it seems that just as in the case of the $150 billion Bush stimulus plan in 2008, the temporary infusion of cash through refundable tax credits and one-time payments (about 20 percent of the stimulus) did not budge consumption at all. Thirty percent of the stimulus package is designated for unemployment benefits and health insurance subsidies, which may or may not be good public policy but which will not create a single new job. Another 20 percent will go to education. Only the most obtuse would argue that we weren't already spending too much on education. Another 20 percent or so is designated for public works. But as a number of critics have pointed out, federal spending on roads and bridges has not necessarily been directed to the places with the highest levels of unemployment.

Any stimulus package amounts to taking money from the pockets of some Americans and placing it in the pockets of others who have better political connections. (Tax cuts are fairer.) Most of the stimulus money has not yet been spent. And all of the spending will have to be paid for by tax hikes or inflation -- or both.

If this is the death of conservatism, I'm feeling like Lazarus.