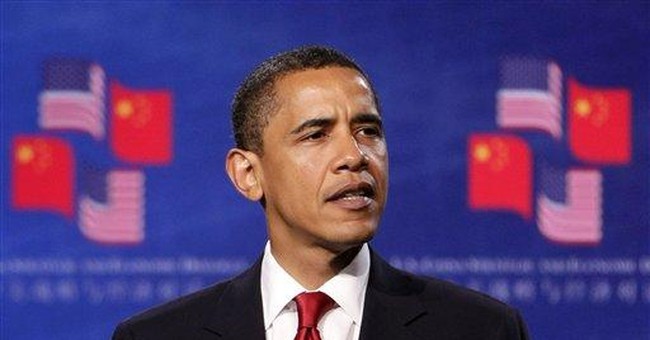 The last moments of President Obama's press conference last week have gotten the most attention, and some of the president's supporters have wondered whether his big-footed interference in the Cambridge professor's melodrama has overshadowed Obama's push for health care reform.

But the president's response to Gatesgate actually sheds a lot of light on his approach to health care and other issues, for this reason: Obama adopts his positions before knowing what he is talking about. To be fair, Obama admitted as much, at least as far as Gates was concerned. "I don't know all the facts," he acknowledged, before launching into a lecture (later retracted) about the "stupidity" of the Cambridge police (while misrepresenting what had happened).

How could he not have known all the facts? Press secretary Robert Gibbs mentioned on Fox News Sunday that the Gates matter was one of the issues the White House press operation had briefed the president on before the press conference. Numerous accounts of the imbroglio were available online -- though the president need only pick up the phone to get all the information he wants.

He didn't want information. He preferred his comfortable, prejudiced view.

This is worth bearing in mind as the country takes a good, hard look at the president's plans for health care reform. On the day he announced support for embryonic stem cell research, Mr. Obama also signed an executive memorandum declaring that in the Obama administration, "we (will) make scientific decisions based on facts, not ideology." And yet, his health care proposals -- or rather the congressional ideas he has endorsed -- seem to skirt facts and evidence at every turn.

We are told, for example, that America needs a "public option" for health insurance to "keep the insurance companies honest." How would that work? Would it be the same as keeping Ford honest by having the government own GM? In both cases, private companies who must make a profit and pay their expenses will be forced to compete with public entities not subject to market discipline.

Another proposal contained in some of the Democrats' legislation is government-approved health insurance. All private insurers would be required to provide certain benefits or be ineligible to "compete" with the public option. Has anyone in the Obama administration checked the facts on this? State governments throughout the nation have been piling mandates on insurance companies for the past 25 years. The Council for Affordable Health Insurance keeps track. Forty-five states mandate alcohol- and drug-abuse treatment. Four require coverage for hormone replacement therapy. Bone density scans are required by 16 states. Contraceptives must be covered in 29 states, and in vitro fertilization in 15. Forty-four states mandate coverage of optometrist services; 18 require infant hearing screenings, and the list goes on. Every mandate increases the price of insurance and makes it progressively more difficult for the healthy uninsured to find no-frills, catastrophic coverage. It also increases the cost of each of those "covered" procedures because when they are paid for by third parties instead of out-of-pocket by patients, patients become less cost-sensitive.

During the campaign, John McCain proposed to allow interstate shopping for health insurance, which would at least introduce an element of competition and cost-consciousness into the system. Obama ran ads deceptively claiming that this (and other proposals) would cause people to lose the coverage they already had.

Obama is the last man to talk of keeping others honest.