The Muslim World's Hope and Ours 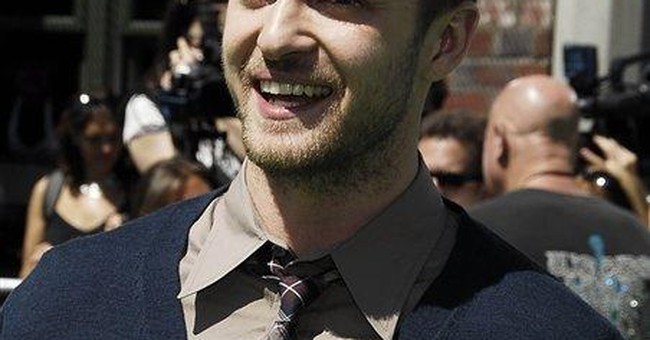 He's handsome, young and a devout Muslim. He is also his country's leading pop star. But would it surprise you to learn that one of his songs, a tune that topped the charts, is called "Warriors of Love"?

Ahmad Dhani, Indonesia's counterpart to Justin Timberlake, has called his song a "musical fatwa against religious extremism and violence." The lyrics are derived from the Koran and Hadith. (Sample: "If hatred has already poisoned you/Against those . . . who worship differently/ Then evil has already gripped your soul/ Then evil's got you in its damning embrace.")

Dhani is a soldier in the culture war within Islam. With 190 million people, Indonesia is the world's most populous Muslim country -- but its religious culture is far more tolerant and humane than that of Saudi Arabia and many other Muslim lands.

A former president of Indonesia, H.E. Kyai Haji Abdurrahman Wahid (popularly known as Gus Dur) has co-founded an organization, LibforAll (www.libforall.com), that aims to contend with the radical Islamists on the extremists' own chosen turf -- the true meaning of Islam. Gus Dur denies that normative Islam is the faith of the torturers and suicide bombers, of the Taliban and al Qaeda, and of Mahmoud Ahmadinejad. He finds within Muslim sources the ideas of tolerance, respect for others and humility. Islam is meant to be a "blessing for all the world," he reminds his listeners.

Is this a mere pebble in a waterfall? That is very hard to gauge, particularly for outsiders. To us, it often seems as if the entire Muslim world is a roiling mass of barely contained hatreds and easily sparked violence. We've seen very few Muslim leaders brave enough to denounce the jihadists, and a cottage industry has sprung up in the West to supply books and articles arguing that Islam is by nature violent, cruel and hopelessly rigid. This interpretation has always seemed shallow to me. I simply cannot imagine that a religion based only on hatred and bloodshed could gain and hold more than a billion adherents over 14 centuries.

In addition to his position as former president of Indonesia, Gus Dur is also revered as the leader of Nahdlatul Ulama, the world's largest Muslim organization, with nearly 40 million members. He's been described by The Wall Street Journal as "the single most influential religious leader in the Muslim world."

Gus Dur has asked members of his group to protect Christian churches from Islamist attacks, and they have done so, at the risk of their lives. He and LibforAll co-founder C. Holland Taylor, an American former telecom entrepreneur who speaks fluent Indonesian and is very familiar with Islam, have launched what they hope will be a worldwide effort to counter radical Islam by enlisting moderate Muslims. Not all of the moderates are from Indonesia. Nasr Hamid Abu Zayd, an Egyptian Koranic scholar who had to flee his home country, holds a Ph.D. from Cairo University.

In 2007, LibforAll sponsored a conference on religious tolerance in Bali to counter the Holocaust denial conference Ahmadinejad convened in Tehran. Gus Dur called Ahmadinejad "my friend" but then forthrightly declared that the Iranian president had "falsified history" by claiming that the Holocaust was a myth.

Taylor believes passionately that we can affect the internal war now being waged for the soul of Islam. Admittedly, the extremists have a big head start. The Saudis have spent roughly $70 billion over the past 30 years to propagate their Wahhabi form of Islam (Question: What do you call an imam in a Mercedes? Answer: a Wahhabi.) And the threat the jihadists pose is dire for the Muslim world and for the West.

On the other hand, of the world's 1.3 billion Muslims, 85 to 90 percent are traditional, non-radical believers. They are the target audience. LibforAll is hoping to translate "Warriors of Love" into Arabic, Urdu and other languages and distribute it to as wide an audience as possible. They are also launching educational, research and grass-roots activities, including translating the work of moderate Indonesian imams into other languages.

In the 16th century, radical Muslims attempted to impose their radical version of Islam on the island of Java. For a hundred years, the island was riven by conflict. But in the end, a Sufi Muslim named Senopati ing Alogo was able to defeat the extremists and inaugurate an era of religious tolerance and quiet spirituality.

That's the inspiration. The spadework remains.