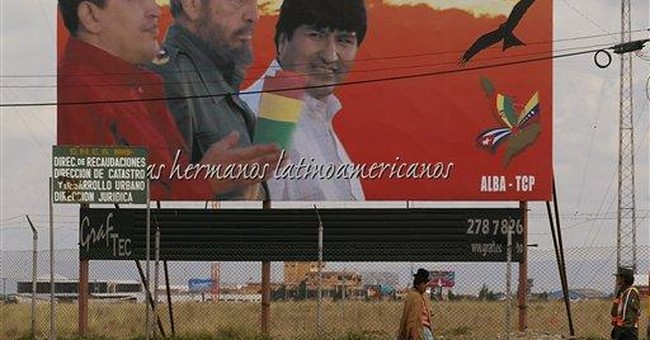 This may be the most unlikely tale of a high school dropout you will ever read -- and the most satisfying. Thomas Sowell (he went back to school after testing the market's receptivity to a skill-free youth of 16) is one of those rare people who is so organized that he kept copies of all of his letters even before the days of e-mail and computers. We are the richer for it. In his new book, "A Man of Letters," Sowell has mined his files to offer us keen insights into our nation's recent history and into the soul of an extraordinary man.

Like most young intellectuals of his generation, Sowell began his adult life as a leftist. But he was prematurely wise. By 1962 he was already showing impatience with the twaddle peddled by left-wing admirers of Third World despots. Responding to an article about Cuba and Ghana, Sowell wrote, "Perhaps there can legitimately be double standards of morality . . . but there can never be double standards of truth . If, for example, we are justified in saying that tyranny in Ghana is serving a noble purpose, we are still not justified in saying that it is not tyranny."

Regarding Castro, Sowell wrote, "I think there ought to be a damn sight closer scrutiny of the sweeping assumption that a noble purpose is being served just because someone is reciting our favorite catchwords while he goes around butchering people. . . . You mention, for example, the brutalities of the Batista regime and Castro's killing of ex-Batista men. . . . In fact, the shooting of ex-Castro men is a far more significant development as an indication of what this regime is and where it is going."

Dr. Sowell spent many early years in and out of academia (Cornell, Brandeis, UCLA), eager to improve the lot of black students in particular. But as he witnessed the civil rights movement morph into a grievance and spoils system, he resisted. To a promising young woman student, Sowell wrote: "I certainly don't think there is anything naive about wanting to improve a world that is full of crying problems. My interest in Howard University is certainly not unconnected with the fact that it is a Negro school . . . . Yet . . . . It is so easy to play fairy godmother and so heart-breakingly difficult to get people to make the painful adjustments in themselves which are necessary for any permanent improvement. Let us face it -- most people are pretty damned satisfied with themselves the way they are, though they would like to see lots of improvements in the world around them."

Dismayed and disgusted as he was by the drift toward bullying, intimidation and anti-intellectualism that gripped American society and particularly American campuses, Sowell rejected a number of teaching offers at leading universities. In 1969 he wrote, "These are certainly times that are trying Sowell. I finally got my Ph.D. in December, just when it became virtually worthless, with the academic scene being what it is. . . . My best offer came from the University of Wisconsin . . . . I am reliably informed that the militants have already made up their list of 'Uncle Toms' among the black faculty there, and it takes very little to qualify. The people who really sicken me are the white liberals who promote and romanticize this kind of thing. . . . "

When Swarthmore College wrote to Sowell expressing interest in hiring "a black economist," his response combined humor with coruscating indignation: "Surely a labor economist of your reputation must know that unemployment among black Ph.D.s is one of the least of our social problems . . . . Your approach tends to make the job unattractive to anyone who regards himself as a scholar or a man . . . . You and I both know that it takes many years to create a qualified faculty member of any color, and no increased demand is going to immediately increase the supply (SET ITAL) unless (END ITAL) you lower quality. Now what good is going to come from lower standards that will make 'black' equivalent to 'substandard' in the eyes of black and white students alike?"

And finally, the grubby reality: "You and I both know that many of these 'special' recruiting efforts are not aimed at helping black faculty members or black or white students, but rather at hanging on to the school's federal money. Now, I have nothing against money. I have not been so familiar with it as to breed contempt. But there are limits to what should be done to get it, and particularly so for an institution with a proud tradition . . . . "

Interspersed among the pungent social commentaries and amusing tidbits (he wrote to Justice Clarence Thomas commiserating about a Dallas Cowboys loss with his "favorite misquote from Robinson Crusoe: 'I don't like this atoll'"), Sowell has also included highly personal letters to friends and family, some of which will bring tears to your eyes. Hats off to an intellectual black belt with a warm and sensitive heart.