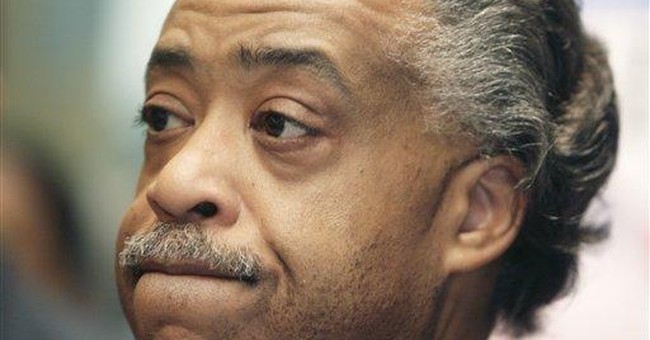 Al Sharpton is apparently subdued by news that his ancestors were owned by ancestors of the late Sen. Strom Thurmond. New York Times columnist Bob Herbert described him as "quiet" and "reflective" -- states of mind that Herbert acknowledges are "unusual" for the reverend. That qualifies as the understatement of the decade.

Sharpton indicates that the news of his ancestry brought the "complete dehumanization" of slavery home to him, and Herbert takes the opportunity to preach that "Slavery, like the past . . . is not dead. It's not even past. It's not something you can wish away."

No, you can't wish it away, but it is possible to dwell on it overmuch, as I believe we do in this country. To judge by what my children are learning in school, you'd think American history was 75 percent slavery and 25 percent everything else (and that 25 percent includes a large dollop of imperialism, racism, sexism and homophobia, leaving little time for Lincoln, Edison, Clay, Holmes, Alcott, Dickinson, Addams, Longfellow or Fulton).

If Sharpton has not really understood slavery until now, then he has a peculiarly feeble imagination. Is it possible to live in 2007 America and not have thought about what life must have been like for black slaves? Is he kidding? This from a self-described "civil rights leader"?

When Herbert wrote "slavery is not dead," I thought he was going in a different direction. I thought he was going to address the continuing practice of slavery worldwide. He has done so in the past. In fact, if Al Sharpton were a serious man, which he is not, he would be agitating and teaching and focusing on the slavery that continues to torment mostly women and children around the world and even here in the United States.

The U.S. Department of State recently released a report on human trafficking. "As unimaginable as it seems," begins the report, "slavery and bondage still persist in the early 21st century. Millions of people around the world still suffer in silence in slave-like situations of forced labor and commercial sexual exploitation from which they cannot free themselves. Trafficking in persons is one of the greatest human rights challenges of our time."

Each year, an estimated 600,000-800,000 men, women and children are trafficked against their will across international borders. According to the White House, 14,500-17,500 of these are trafficked into the United States. Some are forced to work in sweatshops and farms, but most are domestic workers and prostitutes. A typical case is that of "Maria," a Guatemalan who was lured to the U.S. by a "coyote" when she was 12. Once in Florida, she was raped and forced to submit to prostitution. She did not speak the language and was threatened with violence if she attempted to escape.

Poor women from the Philippines stream into Saudi Arabia seeking jobs as domestics. It is not uncommon for their employers to confiscate their passports, force them to work seven days a week, and confiscate all or most of their salaries as compensation for room and board. Some escape. Most do not.

In Burma, and in several countries in Africa, children as young as 11 are kidnapped and forced to become soldiers. The State Department's trafficking report quotes a 13-year-old former soldier from Liberia who told of being drugged. "They gave me pills that made me crazy. When the craziness got in my head, I beat people and made them bleed."

Elsewhere, the exploitation of children for "child sex tourism" is a thriving industry. In Thailand, Cambodia and Costa Rica, as well as other nations, pedophiles traveling from all over the globe are offered their choice of male or female victims from among the poorest classes. The children can be as young as 5.

In 2003, President Bush signed the PROTECT Act, which makes sex tourism by Americans a crime punishable by up to 30 years in prison, which is a start. But thousands upon thousands of children continue to be raped, beaten and abused for years on end, and then thrown away when they reach adulthood.

We don't have to imagine what life is like for these slaves. We can ask them. And the best way to honor the lives of our ancestors who suffered under slavery is to do what we can to free those who are suffering now.