Government Should Not Police Speech 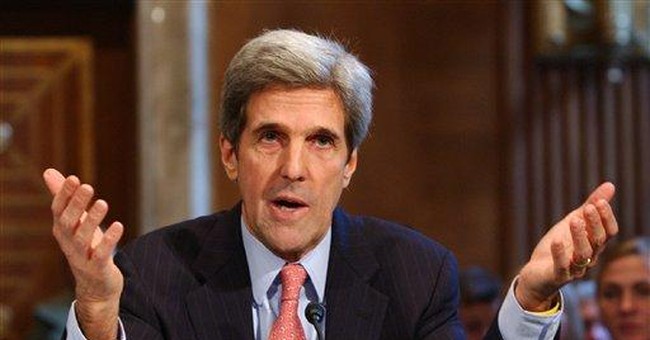 Every high school student in America knows the book "1984," George Orwell's classic novel about a totalitarian state that controls its people by pounding them with slogans that contradict reality: peace is war, ignorance is strength, freedom is slavery. The phrases have changed, but the effort to control people through manipulative speech hasn't. Recent talk by liberals in Congress about reviving the so-called "Fairness Doctrine" is solid proof of that.

First established by the Federal Communications Commission in 1949, the "Fairness Doctrine" required broadcasters to provide audiences with competing views on controversial issues of public importance. The rule was meant to enliven debate, but it smothered it instead. The Supreme Court noted this in a 1984 case, President Reagan vetoed a Democratic effort to make the rule into law, and the FCC finally abolished it in 1987.

The consequences of the repeal were astonishing. Undeterred by the speech police, public discourse flourished over talk radio. The rise of cable television and, more recently, the Internet, amplified the discussion even more. All of which has been very good for speech, but bad for liberals who want to control it. Liberals are clearly frustrated by the fact that their programs don't command the audiences that conservative programs do. Hence their interest in reviving the old restrictions. Like a zombie in a B-Hollywood movie, the "Fairness Doctrine," just won't stay dead.

Sens. John Kerry (D-Mass.), Dianne Feinstein (D-Calif.), and Dick Durbin (D-Ill.) have all said in recent weeks that they intend to revisit the "Fairness Doctrine". These and other proponents of this legislation say government intervention would ensure that Americans have access to multiple points of view on controversial political issues - a truly bizarre proposition in an age when Americans have access to more news outlets and political perspectives than at any other time in history.

By reviving the Fairness Doctrine, Congress would be empowering the U.S. Congress to silence the constituents its members are elected to represent, all in the name of open debate. The Founding Fathers understood that freedom of speech is a fundamental right of all free people, a right that enables them to help protect all other rights and to defend against the overreaching powers of government. It was for this reason that they enshrined free speech in the First Amendment, protecting speech even from the lawmaking powers of Congress.

While this protection remains strong today, from time to time Congress and other parts of the federal government still attempt - and sometimes succeed - in limiting speech. Political debate is among the most important democratic traditions of our nation and a hallmark of any free society. We must continue to preserve the right of all Americans to express their views.

I will not support efforts to restrict free speech, silence political voices, and limit the free flow of information through legislative "fixes" like the so-called 'Fairness Doctrine." Unlike the totalitarian state depicted in Orwell's 1984, ours is not a state controlled by a Ministry of Truth with a speech police telling our citizens what we can and cannot say and hear. Let's keep it that way.