Employees' Rights to the Secret Ballot 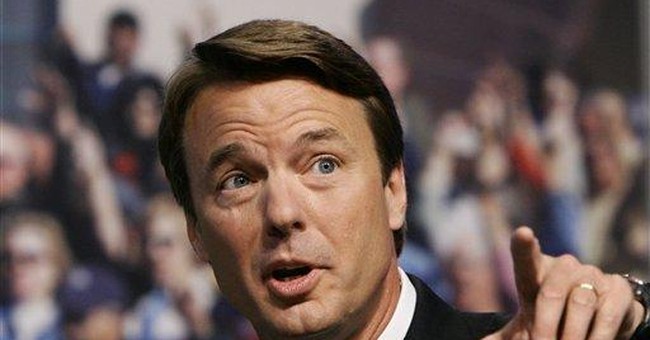 Every election day, Americans go to their local polls to vote. They line up with friends and neighbors. And when their turn comes, they go into a booth or behind a curtain -- a place of privacy -- to cast a secret ballot.

Now imagine if, instead of voting by secret ballot, you had to declare your vote publicly, in front of your coworkers, relatives, and even the angry supporters of the candidate you intend to vote against. Imagine the intimidation that could happen, possibly affecting the outcome of the election. Which voting method would you choose?

Nearly everyone prefers voting by secret ballot, of course -- which is why it is a centuries-old tradition in the United States, recognized and protected by the courts and overwhelmingly favored in public opinion polls.

Now some in Washington want to take that right away for employees in the workplace.

Liberals in Congress have introduced the "Employee Free Choice Act of 2007," and it's impossible to think of a bill that is more deceptively named. Calling it the "Employee Intimidation Act" would be better.

Rather than enable employees' free choice, the bill would eliminate it -- by ending the requirement that workers voting on whether to unionize or not do so by secret ballot. That rule is currently enforced by a government agency, the National Labor Relations Board. Instead, workers would have to declare their vote publicly -- under the glare of their employer and their potential union bosses.

Polls show vast support for the principle of the secret ballot. One recent survey showed 89 percent of people believe voting by secret ballot protects the individual rights of workers better than the public voting method this legislation would impose. The same percentage of people believe that a worker's vote to unionize or not should remain private.

And lest you think that at least union members support this legislation, and maybe they know something we don't -- think again. Seventy-one percent of union members say that the current secret-ballot method is fair. And 78 percent say Congress should keep the law the way it is, and not move toward intimidation tactics.

Even the authors of this onerous legislation realize that the secret-ballot vote is preferable: the bill mandates that even though a publicly declared vote is to be used when electing whether or not to form a union, a secret ballot is required when voting to disband one. This double standard is outrageous.

The secret ballot has been a cornerstone of our democracy for over 200 years. Every American has it when he or she votes for president, governor, and even the local school board. Why should employees be denied it when asked to make one of the most important decisions in the workplace?

Employees have had the secret ballot for over 60 years under the current law. And Republicans in the Senate are doing everything we can to stop this flagrant assault on one of our most basic rights.