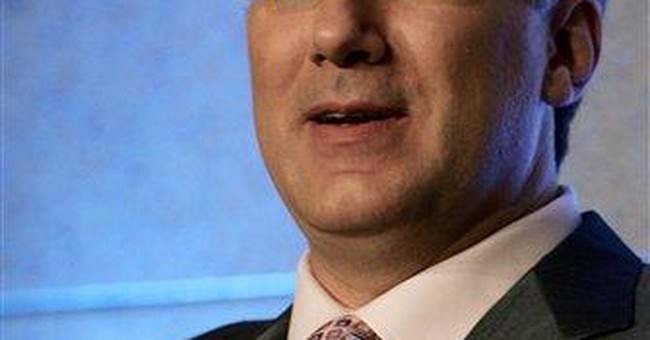 Two themes that have run through this broadcaster’s nearly-30 year career in talk radio have been: 1) why conservatives are drawn to talk radio; and 2) the obvious liberal bias in the mainstream news media.

It took a “journalist” like David Shuster this week on MSNBC to demonstrate why people are so sickened by the behavior of so-called objective members of the news media, resulting in the continual migration to talk radio as a way for people to become better informed and hear both sides of an issue.

The stunt that Shuster pulled was astoundingly vulgar and eventually backfired in stunning fashion. Filling in for Tucker Carlson, the bow-tied conservative, Shuster’s invited guest was a Republican Congresswoman from Tennessee, Rep. Marsha Blackburn. The announced topic was the ongoing outrage over the Moveon.Org ad in the New York Times that referred to General Petraeus as a traitor.

Shuster, a political reporter (not a talk show host) was evidently agitated by Rep. Blackburn’s measured and responsible condemnation of the vicious ad. In the middle of the interview, he suddenly decided to go for the jugular and attack her by using a brave, dead soldier as his weapon. “You represent a district in western Tennessee”, Shuster snarled. “What was the name of the last soldier from your district who was killed in Iraq?”

Now remember, the subject of the MSNBC segment had absolutely nothing to do with how knowledgeable an elected representative was about the name of the most recent war casualty in her district. MSNBC invited her on to discuss the controversial Moveon.Org newspaper ad. Shuster knew the congresswoman likely wouldn’t know that name when he triumphantly crowed, “Ok, his name was Jeremy Bohannon. He was killed August the ninth, 2007. How come you didn’t know the name?” he demanded.

The only problem is that David Shuster didn’t know the name, either. It turns out he was flat wrong. Army Private Bohannon didn’t live in Rep. Blackburn’s district, he lived in a neighboring district represented by John Tanner, a Democrat.

Talk about karma. Occasionally, one of the bad guys gets exactly what he deserves. In David Shuster’s slimy effort to use a fallen soldier to try and make a decent conservative look bad on national TV, he embarrassed himself well beyond anything he managed to do to Congresswoman Blackburn.

It must be have been pretty painful for Shuster when he sheepishly appeared on a subsequent MSNBC show to make a public apology for his asinine behavior. “I identified who I believed to be that fallen soldier, a Tennessean killed in Iraq last month. But according to Pentagon documents, that young man came from a town inside a neighboring district…and for that, I apologize for that mistake”, Shuster said.

I was told that prior to his public apology, Shuster went on a liberal talk radio show and he and the host were chortling and guffawing together over the “gotcha” interview he conducted with Rep. Blackburn. It wouldn’t surprise me one bit.

It’s important to consider this incident when watching NBC, CBS, ABC or any of the other mainstream news media outlets. Talk radio hosts like me and a cable network like Fox News Channel are constantly criticized for what liberals claim is a “right-wing bias.”

None of us who host talk shows on radio or TV pretend to be objective journalists. We are paid to express our opinions and delve into political and social issues with our listeners and viewers.

But a guy like David Shuster is supposed to a newsman. A journalist. A reporter. And these are the kind of clowns who inject their prejudices into their newscasts and newspaper articles every single day.

Next time you see Shuster’s smirk on TV, remember the reprehensible smear tactics he used this week.

Now that David Shuster’s TV career has taken such an ugly turn, perhaps he could land a job with Moveon.org.