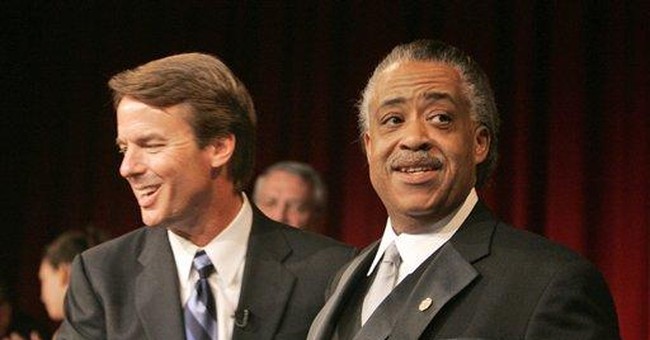 There are days when I could just kick myself for reading the New York Times.

Time and time again, we’re made to suffer through another insufferable example of political correctness in the pages of America’s supposed newspaper of record.

This week, the headline was particularly galling. It had something to do with a study that suggested that white NBA referees call more fouls on black players than white ones.

It seems a couple of academic types at the University of Pennsylvania, in the ultimate display of way too much time on their hands, came to the scholarly conclusion that white NBA referees are a bunch of Ku Klux Klansmen based on some kind of inane formula that studied which fouls were called by which refs against which color of players over a period of time.

I’m no highbrow college professor, but I sure do appreciate a good NBA game. Any fan has probably noticed the fact that the overwhelming majority of NBA players are black. Then again, perhaps decent people don’t pay much attention to race; we just expect to see the best athletes on the floor.

That’s the trouble with the touchy-feely media and college nerds who have nothing better to do than fixate on percentages of fouls called on basketball players: race has to be about everything. If there’s an 80% majority of players in the NBA (and there is), that’s not good enough for these types. There still aren’t enough black owners. If there are plenty of black coaches and owners, that’s not acceptable because the NBA reaches out to Europe and is therefore trying to “whiten” the NBA (I’m not making this up, I had a black activist say that to me today on my radio show).

Nothing is ever enough for race-baiters. They find racism under every stone, in every walk of life.

I know I’m just a middle-aged white man, but I would think that a sport that features 80% of one particular race is a pretty good thing for that race, especially considering the kind of money NBA players earn. On the other hand, it must not be very good for the 20% of the rest of the racial population. I wonder when the University of Pennsylvania will offer a study that chronicles the apparent racism that non-black basketball players face in the NBA. Seems like a white person’s chances of starring in the NBA are pretty slim, eh?

No, that’s not a study we’ll see any time soon. The race baiters would go bonkers. Besides, basketball fans don’t care what percentage of players features one particular race over another.

The same can certainly be true of the men (and one woman) who referee in the NBA. They are routinely described as the cream of the crop of sports officials, people who are expected to train their three pair of eyes on the fastest, most accomplished basketball players in the world. Night after night, they get it right. Oh sure, they miss a call here and there, but overall, these world-class officials handle world-class basketball stars with class and professionalism.

Most of them have spent decades perfecting their ability to get the calls right. And besides having the rules and mechanics down pat, they are proudest of their unimpeachable integrity. They are honorable people who are expected to walk onto the basketball court every time being perfect, and only should improve from there.

What a horrendous insult it is to any of these folks to have some pinhead college professors accuse them of racism. Again, I’m no scholar here, but how in God’s name could any reliable statistical data be gathered on such an idiotic formula? For example, when all ten players on the court are black, a frequent occurrence in the NBA, are white officials supposed to go up and down the bench and assess imaginary technical fouls to white players just to get “right” with the racial formula of their foul-calling?

Now that the venerable New York Times has prominently covered this moronic study, it’ll just be a matter of time before Jesse Jackson and Al Sharpton get involved. I suppose the only answer is to fire all the white referees so that no one can accuse NBA officials of being bigots.

If black officials call too many fouls on white players, is that racism?

For the race-baiting crowd, I’m sure the answer is a resounding “no.” In their distorted world, whites are the only ones capable of bigotry. If blacks do something wrong, that’s just justice.