Celebrate success, not condemn it 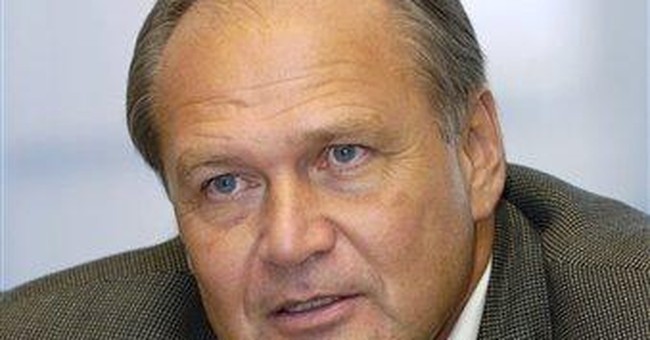 Congressman Barney Frank thinks the outgoing CEO of The Home Depot makes too much money.

This incoming Democratic leadership is going to be one wild ride. How comforting to know that a man who once had a gay brothel run out of his home by his male lover is now the moral authority on how much money people should receive in their severance packages.

Now I’m not referencing the sordid past of the Massachusetts Congressman as an ad hominem attack. There is great relevance in Rep. Frank leading the charge against Bob Nardelli’s reported 210 million dollar severance package after six years at the helm of Home Depot.

Liberal Democrats like Barney Frank embrace the concept of the redistribution of wealth. While many of them (like Frank and Ted Kennedy) are themselves rich, fat-cat Democrats, they love preaching the sermon of punishing the wealthy by taxing them to death and distributing the money to the lower class. There is an ugly undercurrent of class envy and petty jealousy over corporate executives who make lots of money. And liberals like Barney Frank love to exploit that emotion.

How much is too much? Well, if The Home Depot saw fit to negotiate a severance package worth 210 million dollars with Bob Nardelli, then that’s exactly what he’s worth. The man ran a company with over 355 thousand employees. If 210 million is too much, what’s the right amount to give to a high powered CEO? 200 million? 100? 5?

No one ever makes a peep over some coked-up, drunk degenerate making hundreds of millions of dollars to become a rock star, be the lead in a movie or go on a concert tour. Do you think a stand-up comic from Long Island, Ray Romano, is worth over one million dollars for every 30 minute episode of “Everybody Loves Raymond?” Or the tens or hundreds of millions he’ll make in years of syndication?

Hey, if the man’s agent can negotiate such a deal, good for him.

But lately, liberal Democrats have taken to demonizing corporate executives and their generous pay packages. The same thing happened in New York when another liberal Democrat (and the man who would become New York’s governor), then-Attorney General Elliot Spitzer decided to make a big stink over the compensation package given to Dick Grasso of the New York Stock Exchange. Despite the fact that Grasso’s package was entirely legitimate and approved by the NYSE board, Spitzer was so incensed that he actually took Grasso to court and forced him to give millions back!

Whether liberals like it or not, the Bob Nardellis and the Dick Grassos are the Ray Romanos of the corporate world. These men and women are business stars, well-respected and accomplished captains of industry. And just because loony liberals like Barney Frank attempt to exploit the resentment that many hard-working American stiffs have for the super-rich, that doesn’t make it a legitimate problem.

Class envy and jealousy are feelings we all experience at some time or another. I’ve heard it during my radio career for years now. Almost every radio manager I’ve ever worked for gets all upset if a radio host makes any reference to having achieved any financial success. “Be careful not to sound like Rush Limbaugh”, I’ve been told. “You don’t want people to think you’re out of touch with the common man”, they’ve said. Right. Rush Limbaugh’s financial success has really ruined his radio career, eh? All that flying around on his private jet has definitely torpedoed his career.

No, Americans love a success story. It’s called the American dream. Whether it’s a guy like Rush who started out spinning records or working promotions for a baseball team who makes it to the top of the broadcasting industry or a guy like Bob Nardelli who makes it to the top of the largest home improvement company in the world, good people appreciate their success. In fact, we cheer for them. But bitter, angry, liberal Democrats like Barney Frank and Elliot Spitzer want to tear them down.

It’s time we start recognizing that people “deserve” what their employer elects to pay them. Even when those people aren’t famous TV or radio stars.