Even Politicians Deserve Respect in a Time of Need 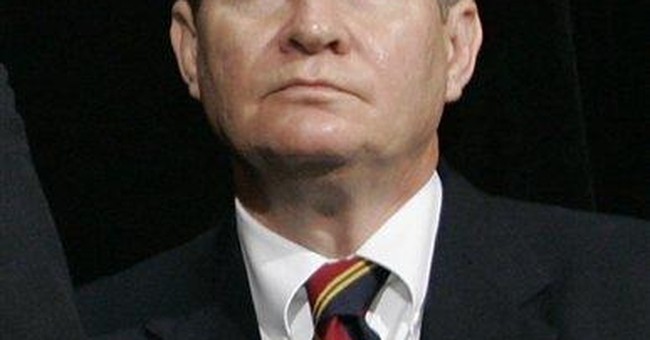 I consider myself a solid, conservative Republican.

Like many fellow Republicans, I was dismayed and disappointed with the Democrats' big showing in the midterm elections.

I'm worried about the future of the country with people like Nancy Pelosi in leadership positions in Washington.

But there is simply no excuse for politics when a man is fighting for his life.

Sen. Tim Johnson, a Democrat from South Dakota, suffered some sort of catastrophic medical condition while holding a telephone conference call with reporters this week. The event led to some sort of surgery that, as of this writing, leaves Sen. Johnson in critical condition.

When an apparently otherwise healthy 60-year-old man undergoes such a medical crisis, the shock and anguish for his family and friends is undoubtedly overwhelming. When the situation involves a sitting U.S. senator, it certainly becomes a major news event.

But to broadcast the tape of his voice that was being recorded as he was stricken and to openly speculate about whether or not South Dakota's Republican governor is apt to appoint a Republican replacement should the senator die is appalling.

I guess this is what people mean when they talk about the absence of kindness, compassion, or even human decency, in American culture.

This is one of those rare occasions where mainstream media are as crude about a Democrat as they normally would be if it involved a Republican.

First off, shame on the reporter or news agency that released the audiotape of Johnson's words as he was first experiencing his medical crisis.

Does anyone really believe that hearing a man who is perhaps having a stroke or aneurysm while trying to talk to reporters on the phone is really newsworthy?

It reminds me of the awful airing of the video of National League baseball umpire John McSherry's fatal collapse at Riverfront Stadium years ago.

These men aren't just public figures. They're fathers, husbands, brothers, sons or close friends of numerous people. And to exploit their horrific health nightmares for the sake of ratings is a really ugly thing to do.

Mike Gallagher is a national syndicated talk radio host and a contributing editor for Townhall.com. His Web site is http://www.mikeonline.com

When that audiotape of Sen. Johnson was made available to news outlets all over the country, the radio and television stations and networks could have chosen not to air it. Sadly, too many failed to make that decent choice.

And as for the breathless speculation about what his death might mean for the Democrats' one-vote control of the Senate? Reporters seemed shocked that the only reply from the governor's office was to offer thoughts and prayers for the Johnson family.

Prayers and kindness for the man are all that should be discussed right now. I know this comes as a shock to pundits, reporters and politicos, but this is a man with people who love him.

Imagine if any of us, in any occupation, fell ill and within hours of hospitalization, reporters were writing entire articles about what would happen to our company if we died and were replaced by someone else.

I can see it now: An insurance salesman from Peoria has a heart attack. What if Charlie dies and the boss hires that twit from the Decatur office? A mail carrier in Boston falls on his head. If Bob dies, who will get his route?

Yes, even if a radio talk show host like me wound up in the hospital, it would be pretty unnerving for my family to hear. So if that big-mouth Gallagher kicks, wonder who's gonna get his show?

Come to think of it, maybe I'm not such a good idea for this exercise. Critics would probably love the thought of me with a tube down my throat.

Seriously, let's attempt a little class here. It would be gratifying to see people respect the Johnson family -- and the senator's constituents -- by holding off on the political punditry.

Some things shouldn't have to be about political partisanship. I'd say that a man fighting for his life is one of those things.