Your Mom Goes to Duke 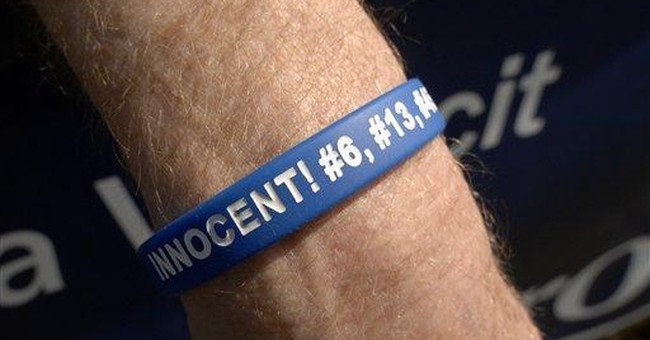 Lately, Duke University has been doing more withdrawing than Marion Barry without a crack pipe. Readers will remember that they had to echo Gilda Radner with a giant “Never mind” after they jumped the gun and punished several lacrosse players falsely accused of rape. Now, they’ve decided to withdraw a promise to provide space for Duke Students for Life to hold an event at the Duke Women's Center.

The planned "Discussion with a Duke Mother" event has now been aborted. This late-term abortion of free speech is entirely unjustifiable according to the stated mission of the Duke Women's Center. It is also at odds with the promises of free expression made by Duke University to all prospective students. Sadly, students at Duke are fraudulently induced to rack up hundreds of thousands of dollars to purchase an education at Duke under the false promise of tolerance of diversity of thought. It now seems that Duke has taken an official position on abortion with no interest in hearing other perspectives.

As part of their "Week for Life" event held on campus during the week of March 15-19, Duke Students for Life (DSFL), which is an officially recognized student group, planned to feature a Duke student who is a mother. She was to speak about motherhood generally and the challenges of being both a mother and a Duke undergraduate.

Duke Women's Center Gender Violence Prevention Specialist Martin Liccardo was the one who informed the group that the event was canceled because they had “a problem" with it. That problem was, of course, Duke’s own ideological intolerance. Liccardo informed the group – via email the very next day - that the event was canceled "due to a conflict." He elaborated later that day telling the students that the "conflict" was ideological. He even said, "We had a very strong reaction” to the proposed events. Translation: He and the feminists had a hissy fit in response to the mere prospect of hearing a different point of view.

Liccardo went even further saying that some Duke students were “uncomfortable” with DSFL using the Women's Center. Why? Because they were "traumatized" by the ultrasound fetal development pictures that the group had displayed previously on the campus. There was no indication as to whether this trauma met or exceeded the trauma associated with water-boarding (opposed by liberals) or partial-birth abortion (approved by liberals).

The 2009-2010 version of The Duke Community Standard in Practice: A Guide for Undergraduates states that "Freedom of inquiry and the free exchange of ideas are essential for the fulfillment of the university's mission." Duke's Harassment Policy, promulgated by the Office for Institutional Equity, likewise notes that "Duke University is committed to the free and vigorous discussion of ideas and issues..." But not for those who oppose abortion.

The website of the Women's Center says its mission is to promote “a campus culture that ensures the full participation and agency of women students at Duke." The section entitled "A Feminist Framework" elaborates: “The Women's Center strives to inculcate feminist attributes and goals in every aspect of its programs and administration…We ascribe to a broadly defined, fluctuating and inclusive feminist ideology that welcomes discordant viewpoints from varied experiences.” Also, under the heading of "Strategies," the Center lists, "Offering Support - We believe supportive and inclusive communities enable individuals to do more than they can do alone; the collective action of a community can leverage resources, make positive change and give life meaning."

Given all of these beliefs, it would seem that a discussion on motherhood would be acceptable at the Duke Women's Center. But it isn’t. A discussion of motherhood is too traumatic for campus feminists. Who says women are emotionally incapable of rational debate? Feminists at Duke seem to think so.

A conversation between members of DSFL and Liccardo made it clear that the Duke Women's Center is not open or welcoming to students with pro-life views on the question of abortion rights, as Liccardo suggested in these lines quoted by DSFL: “A mothering discussion during Week for Life that to me, well, I should not even say to me, but to the students we actually encounter, had a smack of political agenda.”

Atop the Duke Women’s Center's homepage is an announcement of an upcoming speech by Jessica Valenti, a well-known pro-choice speaker. Furthermore, the Duke Women's Center advertises that it advises the student organization Students for Choice, which is "committed to reproductive and gender justice, and we plan actions designed to alter anti-choice culture, while promoting understanding of pro-choice ideas to the general public and to anti-choice individuals."

Duke is a private university and is therefore not bound by the First Amendment. But they are bound, morally speaking, to honor their stated commitment to diversity – especially given the high cost of attending Duke University. Students can ill afford to throw away even a single semester learning that the promise to respect divergent views was simply a false promise meant to lure students into an environment where only ideas which produce “comfort” are given support and encouragement.