The Liberal Doth Vote Too Much, Methinks 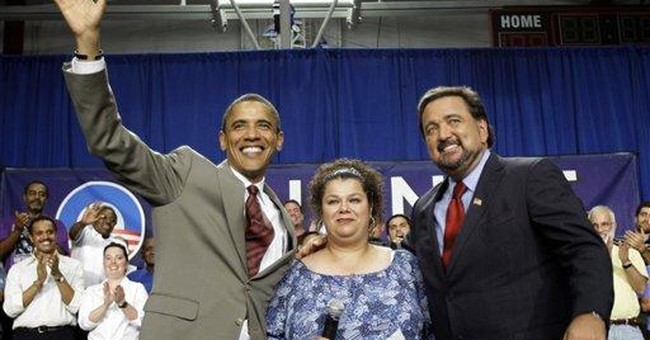 Editors' note: the following column contains language that some may find offensive.

Readers have been asking me for weeks to write about the voting patterns of college students. I think most of these readers know that Barack Obama was very popular among young people in this election cycle. But most of my readers don’t know why and they would like to hear my insights, if not incites.

In response to these requests, I decided to survey my 100 or so students right after Election Day. I asked them two simple questions: “Who did you vote for (for President)?” and “What was the principal reason for your decision?”

The results indicated that 58% of my voting students pulled the lever for John McCain, 42% for Barack Obama. The fact that this went in the opposite direction of the national trend is easy to explain: Students taking criminal justice classes, many of them criminal justice majors, tend to be more conservative.

I was disappointed to see that some McCain supporters - about 5% - justified supporting him with nothing more than ad hominem attacks on Barack Obama. Examples follow:

“I hate Obama and everything he stands for.”

“I just think Obama is a piece of shit.”

I was somewhat more disappointed to see that even more Obama supporters – about 28% - justified supporting him with nothing more than ad hominem attacks on McCain and Palin. Examples follow:

“McCain is old and senile.”

“Sarah Palin is a nut who scares me.”

“McCain is an idiot.”

“Palin is an absolute idiot.”

“Sarah Palin is an idiot who burns books.”

I was, however, heartened to see that a clear majority of McCain supporters, nearly 60%, gave specific policy reasons for supporting the Republican candidate. This figure did not include those who made vague statements like “I agreed with him on most issues.” The “nearly 60%” figure refers to those who named specific issues. Examples follow:

“I voted against the large scale intervention of government into private markets.”

“I voted for McCain because abortion is a serious issue for me.”

“I voted for McCain because he favors free market capitalism over government control.”

“I agree with his views on abortion.”

“We badly need a reduction in government spending.”

“We need to finish this war rather than simply withdraw our troops and abandon it.”

“I agree with his views on both the economy and the war.”

“I believe McCain will support small business and keep the government out of my back pocket.”

“I believe national health care is a bad idea.”

”I voted for McCain because of abortion.”

“McCain was more consistent in his positions on gun control.”

“Spreading the wealth sounds like code for socialist policies.”

“McCain will steer us away from the direction of socialism.”

“I agreed with McCain on abortion.”

“I believe in less government involvement in business.”

In contrast, most Obama supporters – about 54% - failed to mention any specific policy issue while instead focusing on some variant of faith, hope, or change. Examples follow:

“I have faith in Obama’s ability to lead and unite.”

“I was ready for a change.”

“Change will be good.”

“I voted for Obama to restore my faith in America.”

“I was ready for a change.”

“Obama will bring about good changes.”

“Something (change) had to happen.”

“I thought he could bring about the change needed to the nation.”

And I suspect that my students who voted for Obama are a lot like others around the nation who voted for Obama. They are much more inclined to attack political opponents personally, compared to their Republican counterparts. Most also seem to have ignored the issues – as they made a voting decision on the basis of vague notions of faith, hope, and change.

But - unlike the protestors of my speeches – I think I have a solution to the problem of emotive and uninformed voting. First, I’m going to politely ask those who voted without considering issues to simply stop voting. After all, most of these people believe that we should work out our differences without force - by using diplomacy, of course.

But if that doesn’t work I am prepared to use force to get people stop voting with their emotions. And today I am announcing plan that will force Americans to obtain a firearm before they are able to obtain a ballot on Election Day.

In my next column I’ll explain just how my plan will be implemented, how it will stop emotive voting, and how it will change the course of American politics.