My Right to Unlimited Rights 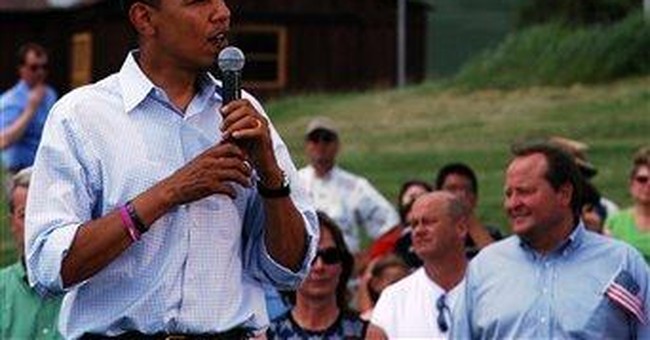 Not long ago, I was having a gathering of about eight people at my house. The last guy to show up walked right into my kitchen and then protested because he couldn’t find any bottled water in the refrigerator. Next, he complained that we ate all the snacks before he showed up thirty-five minutes late. When he finally came into the living room to sit down, he asked what we were talking about. I told him we were talking about economics, which involves not just demand but supply. I joked that he wouldn’t have to demand any bottled water and snacks if he’d remembered to supply some, too. That drew a laugh from one of our mutual friends.

This trait of being more in love with consumption than production is one shared by most of my socialist colleagues in academia. They base their lives on the idea of taking “from each according to his ability” and giving “to each according to his need.” The problem is that they do a better job of articulating their needs than promoting their abilities. This is, of course, because socialists are generally short on abilities. They seek socialism because they think being guaranteed an average outcome is safer than trying to beat the average in a system based on merit, which is otherwise known as ability.

Anyone watching the 2008 presidential race has doubtless seen a similar dynamic among supporters of Barack H. Obama. Most of his supporters have been talking about rights without any mention of the notion of responsibilities. Like supply and demand, and need and ability, the terms rights and responsibilities are best understood in relation to one another. For example, I have a 2nd Amendment Right to Bear Arms that the government cannot simply take away from me on a whim. But I also have a responsibility for everything that occurs between the time I discharge a bullet and the time the bullet comes to its final stopping point.

But consider the following list of “rights” that supporters of Obama have recently told me that we all have:

Everyone has the right to a college education. I can’t imagine what it will be like as a college professor once Obama implements this one. I’ve been teaching to the occasional unqualified black and the occasional unqualified athlete for years. But now that everyone, including, presumably, the mentally retarded, has a right to a college degree, I might just retire and become a firearms instructor. Hopefully, Obama will not grant a Right to Firearms Education to both idiots and the insane. (Author’s Note: This one came from Obama himself).

Everyone has a right to free health care. I recently learned this from an incoming Drexel law student appearing on The O’Reilly Factor. Bill did a great job by asking her whether this right is in the constitution or whether it just comes from the fact that she is a really nice person. She was forced to admit that it was not in the constitution. She should do really well in law school because she’s a really nice person.

Everyone has a right to demand that the rich pay taxes in proportion to their ability to pay taxes. I recently learned this from an incoming Yale law student on the same segment of The Factor. Everyone agrees that the rich should pay more taxes than the poor. What is controversial is the notion that they should also pay a higher percentage of their income in taxes. But that was not the issue in this segment. The issue was whether the existing gap in the proportion of taxes paid by the poor and the rich should be widened and, if so, by how much. When someone says we have a right to tax the rich “in proportion to their ability to pay” they mean “tax them until they can no longer pay” or “tax them until they are bankrupt.” Many people who hold this view were not actually alive during the Carter Administration. But they have taken history classes from people who assure us that he was really not such a bad president.

Every gay man has a right to feel comfortable. I heard this one from a first-year law student at Yale. He actually informed me thrice that his right to be comfortable as a gay man trumps the First Amendment. I guess they don’t teach constitutional law until the second year of the Yale law program. But the question is: How did this sissy get into Yale Law School?

After spending only a little time listening to followers of the Dali Bama I have concluded that, in Obama’s America, everyone gets to declare at least one new fundamental right regardless of whether it is written into the constitution. And so, naturally, I am going to declare first that I have a right to unlimited rights. (This is sort of like making one’s only wish a request for unlimited wishes).

My second declaration of a new right is a little more complicated. First, I believe that I have a right to demand that you show me a copy of the U.S. Constitution every time you demand a new right. And if you cannot identify the constitutional basis of your proposed right, you forfeit that right as well as your right to vote in 2008. And, of course, I get to cast the vote you forfeited.

So, those of you prone to simply announce fundamental rights without any constitutional basis should beware that this could soon deprive you of the right to vote. Until now, it’s only deprived of you the right to sound intelligent.