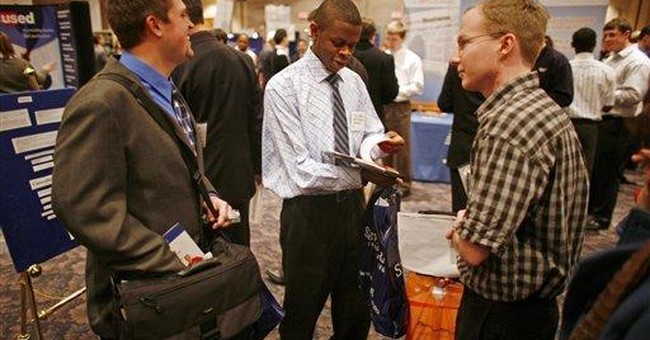 My old buddy John Jameson just got fired from his job as Chair of the History Department at Kent State University. This action was a result of his decision to grant – without proper authority - a paid leave to terrorist supporting professor Julio Pino. Generally, it isn’t a good idea to let Muslim professors who advocate the mass killing of Jews and American troops go to the United Arab Emirates on paid leave. This is especially true when you don’t seek required approval from the higher administration.

All Jameson had to do was seek the approval of his Interim Dean and Provost before allowing Julio the Jihadist to travel to the Middle East. But to do so would have risked rejection from the higher administration. So, instead, he risked his own job to make sure that Pino got out of his teaching duties to go hang out in the Middle East in the middle of the semester. Bear in mind that this was during the same calendar year Pino was caught working on a terrorist web site posting bomb-making instructions. The site also urged using the bombs against American troops.

To his credit, Julio Pino did find other people to cover his classes while he was in the Middle East. Indeed, there is never any shortage of American professors willing to aid and abet a Muslim extremist. Also to his credit, Pino made arrangements for students to e-mail their papers using the university email system. This was better use of the system than all those other times Pino used jpino@kent.edu to send psychotic pro-terrorist rants to conservative writers.

Jameson, a perpetually clueless enabler of Jihadist professors, was so excited about Pino’s trip to the Middle East that he wanted to advertise it in the departmental newsletter. Fortunately, at least one patriotic Kent State professor reported Jameson to the higher administration after the newsletter plans were announced. I know who it was but I won’t report his name because I suspect he has fewer guns than I do – and, therefore, can’t come “out of the closet” regarding his stance against the advocacy of Jew killing by Muslim professors.

After this unapproved leave-of-absence was discovered, a Kent State administrator threatened Pino with loss of his salary if he stayed in the Middle East. The university paid his return fare – a cool two thousand bucks - and now he is back in America assuring members of the media that he no longer contributes to the terrorist website “Global War.” What he is not telling the media is that he is not contributing to the site because a conservative columnist (guess who?) had it shut down in March with the help of Matt Drudge and Fox News. Nor is he explaining how he could no longer write for a site that Kent State officials said he never wrote for in the first place.

It really is the height of hypocrisy that Kent State is only firing Chair Jameson who is now contemplating doing research along the Mexican border (I’m not kidding). Rumors that he plans to help smuggle suicide bombers into the U.S. are completely unfounded. Probably completely unfounded but, who knows, it is Kent State we’re talking about. Maybe the National Guard can help monitor the situation.

In all seriousness, more heads must roll at Kent State University. There are other administrators who know Pino has “not followed proper procedures” by using university resources to launch a war on Jews and American soldiers. Jameson was just a little too giddy about Pino’s connections in the Middle East. It wasn’t all about “not following proper procedures.”

And, to add to all the drama, Kent State has replaced Jameson with a new Interim Chair named Mary Ann Heiss. That should be interesting, shouldn’t it? Good thing her first name isn’t Hadassah. Otherwise, Pino might strap a bomb on his back and kill the stinking infidel. Or maybe convince some Palestinian children to do it for him.