National Association for the Advancement of Chicano Prosperity 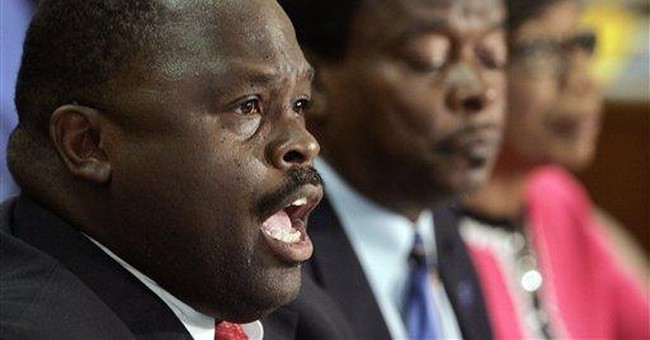 The North Carolina NAACP has been a nearly useless organization for years – ever since the demise of the KKK and racial segregation. Today, the only remnants of racial segregation in North Carolina come in the form of diversity initiatives in the UNC system. And the killing of black innocents is usually done by people in white lab coats – all in the name of a new civil right called “choice.”

But, make no mistake about it; the NAACP misses the days when white people really were doing a lot of harm to black people. This is because the organization needs to extort money from non-racist white people to survive. And, clearly, non-racist white people have more money than black people despite the fact that the government launched a war on poverty during the 1960s. The professors I work with are planning to protest the war as well as the government’s occupation of substandard housing projects just as soon as they can find a link to the Bush administration.

But, for the time being, the NAACP is giving the state of North Carolina two options related to a race riot that took place in Wilmington the century before the previous century – 1898, to be exact: 1. The State can grant reparations to blacks, or 2. The State can defend itself in a lawsuit brought by the NAACP.

I first heard about this notion of reparations for the 1898 Race Riots from a black professor at UNC-Wilmington. He said I owed him money and I could just give him my credit card for compensation. But I wasn’t able to give him my credit card the one and only time I saw him in public because he was drunk as hell and slobbering all over a couple of white girls. For the record, I don’t think I should be giving him my credit card if he’s going to engage in racial discrimination by slobbering exclusively on white girls. Black girls need love, too (and, perhaps, reparations if they don’t get it from an obvious beneficiary of my university’s commitment to affirmative action).

Unfortunately, not everyone is laughing at the notion of reparations for a race riot that happened the century before the century before this one – one that killed about a dozen people. In fact, hundreds of people attended the NAACP's 64th annual convention in Wilmington – most of them supporting the government’s right to take money from people who have never actually won a race riot and give it to those who have never actually lost a race riot.

According to the local Wilmington McTimes, one member of the NAACP said “We're going to take you to court North Carolina.” And, sadly, national NAACP board members are actually discussing how to advance recommendations made by the state-appointed 1898 Wilmington Race Riot Commission.

But other NAACP members want more. Lewin Manly said he favors the state of North Carolina awarding compensation funding for education. He also wants government funding for subsidized housing. Other voices at the NAACP conference said we must think about what the race riots of 1898 have done to “vast millions of people who are still crawling on the ground trying to get up” adding “We need to make amends for all of that.”

While the NAACP was discussing more government support of blacks for things that happened in 1898, there was little discussion about the reality of black entrepreneurship in the current century. The reality is, of course, that all of the government money awarded to blacks stays in the hands of blacks for only a short time. Those drawing government checks and living in government housing spend the money in stores owned almost exclusively by whites.

Put simply, white government officials give money to black citizens to give it right back to white business owners. That is why black progress is about as common as feminist orgasm and safe sodomy.

While blacks are trying to remedy this problem by forcing the government to prop up black businesses, they are being made to look foolish by another minority group. Indeed, Hispanic businesses are popping up in Wilmington faster than the sentences I end prepositions with. Our Hispanic brothers and sisters are doing this without lobbying for government-mandated programs. They are simply doing it with hard work.

By keeping blacks focused on their past, the NAACP is robbing them of a chance to compete in the present – this to the delight of Hispanics willing to seize on their missed opportunities. In some ways, then, the future prosperity of the Chicano population depends on the continued efforts of the NAACP – even though black leaders seem to be unaware of the obvious connection.

The current situation may be ironic but it is not necessarily a bad thing. Though they need less help in their advancement, I guess Chicanos are colored people, too.