A (Half) Black Man Can 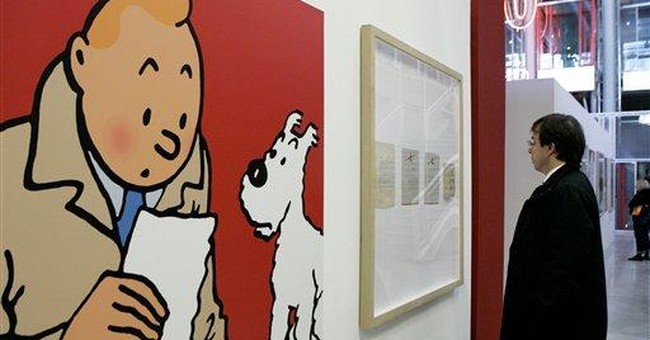 Dear UNC-Wilmington Board of Trustees:

Once again, I am forced to write a letter condemning the anti-black racism that has spread like wildfire across our campus during the reign of Chancellor Rosemary DePaolo. As you already know, our Associate Vice Chancellor of Diversity, Tamra Minor, has resigned complaining about a lack of support from the administration. But you probably don’t know that she, like DePaolo, has been promoting anti-black racism on our predominantly white campus.

Minor’s accidental racism was recently brought to my attention by a student who describes himself as “multi-racial.” Although he is half-white and half-black the university classifies him as “black” – a reflection of the fact that our school adopts the “one-drop” theory once advanced by racists like my fifth cousin Sen. Theodore G. Bilbo (D-Mississippi).

The student, who we will call “Omar,” received a letter from Dr. Minor shortly before she left UNC-Wilmington. In the letter, Minor congratulated Omar for getting a GPA of “3.00 or higher during the 2006-2007 academic year.” This was followed by the revelation that “the Division of Academic Affairs recognizes students of color at our university who excelled in academic performance …” The main problem with this last sentence is the phrase “excelled in academic performance.”

Over the last few years in America, obtaining a GPA of 3.0 has, unfortunately, come to mean something other than that a student has “excelled in academic performance.” For example, by the mid-1990s, Harvard University saw 80% of its students graduate with the “honors” distinction. Later, more than 90% of Harvard students would graduate with “honors” in a given year.

While UNC-Wilmington has not seen grade inflation as bad as Harvard’s the average GPA has, in recent years, been slowly climbing up to around 3.0. As a result, UNC-Wilmington is now re-evaluating the standards that must be met in order to earn various honors upon graduation. But, at the same time, the university is setting lower standards for special recognition as long as the student is: a) black, or b) white with at least one drop of black blood.

I fully expect UNC-Wilmington to continue to raise expectations for white people, while lowering expectations for black (and partially black) people. Indeed, winning a Minority Scholarship Award is becoming a lot like winning a Gold Medal at the Special Olympics. Because of this palpable condescension, our college administrators can be fairly characterized as racists despite their feigned interest in the well-being of “disadvantaged” minorities.

Omar pointed out another condescending portion of Dr. Minor’s letter, which invited him to an “Annual Academic Awards Program.” It also encouraged him to “invite (his) family or other guest to celebrate with (him).” Omar was stunned that the university would throw a party to “celebrate” the slightly-above-average performance of black (and partially black) UNCW students. He asked why the university could not spend all of the party money on scholarships for the region’s poor – regardless of whether they have a drop or more of black blood.

The answer to Omar’s question, of course, is that these events were never designed to help black (or partially black) people. They were designed to raise the self-esteem of white liberals plagued by racial guilt and driven by a need for social and occupational promotion.

The saddest part about Omar’s experience with UNC-Wilmington is not the condescending letter he received from Dr. Minor. It was, instead, Dr. Minor’s recent refusal to help Omar bring John McWhorter to speak at our university. Omar was greatly influenced by McWhorter, claiming that his books (including “Losing the Race” and “Authentically Black”) were influential in helping him break away from the chains of a black victim mentality (Author’s note: slavery metaphor intended).

But Dr. Minor would have nothing to do with bringing McWhorter to campus. Apparently, he is not authentically black.

And so maybe there is more to being black at UNCW than merely having one drop of black blood. Maybe to be authentically black at UNCW one has to have a victim mentality that keeps him striving for mediocrity while the Seahawks who exploit him soar to new heights.

Dr. Mike S. Adams would like to thank “M” Mullin for all the love and inspiration she provided as he wrote the preceding column. He would also like to thank Sam Adams, Rocky Patel, and John Browning (in no particular order).