Life and How to Live it, Part IX 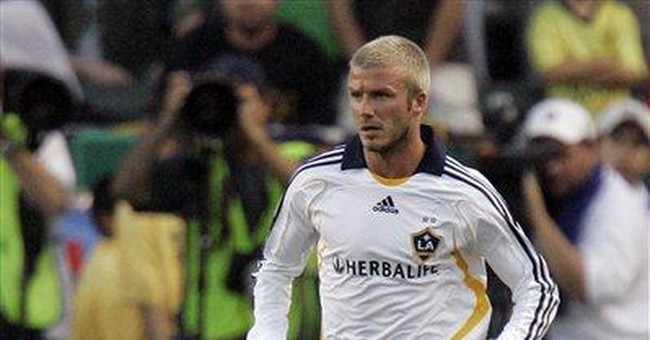 My most recent column generated more than its fair share of hate mail. Perhaps the most notable was from a self-described conservative who said he was sick and tired of hearing my views on religion which were, in his view, characterized by an annoying form of “Hallmark Card optimism.” I’ve decided to meet him halfway in today’s column. I won’t talk about why I’m a Christian. But I will talk about why I’m an optimist and about the personal setback that helped make me one.

It’s no secret that I wasn’t the best student ever to attend Clear Lake High School in Southeast Houston, Texas. I failed English all four years. I failed to reach the 2.0 GPA mark. And, needless to say, I finished in the bottom 1% of my graduating class. There was a distinct reason why I performed so poorly; namely, that I attempted to get a “D” in every class and to fail English every year so I did not have to get a summer job (sorry Mom and Dad if you’re reading this). The fact that I got above a 1.0 GPA was due to a bunch of accidental grades of “C” from some overly generous teachers.

My total lack of effort in high school was largely due to my success on the soccer field. At the age of fifteen, I won a state soccer championship together with some magnificently talented players – most notably Joey Gunderson, Sam Hinson, and Peter Royster. After Mike Olmedo and Steve Zobel joined our team we would soon be headed for another state championship game. This time we were heavy favorites with several players who had won a state title previously as underdogs. I was certain that I was one of several players on the team who were headed for the pros. In fact, I thought I was a lock.

But then something strange started happening at the end of my junior year. In April, I was averaging about 60 miles a week on the jogging trail as I was gearing up for a crack at the Houston marathon. As I was training I began to hear and feel a small clicking noise around my left ankle. Over the next few months it began to actually hurt so I went to see a doctor. The news wasn’t good. A bone spur was starting to slice my Achilles tendon which, according to the doctor, would surely rupture without corrective surgery.

So I did what you would expect me to do. I told the doctor to kiss my (backside) and kept on running through the injury. Needless to say, I eventually had to stop running completely. I was so hopelessly out of shape at the beginning of the next season that I could not even make the team.

So I did have the surgery in November. And it was unsuccessful. In fact, I would be unable to run even a single mile for over three years. Needless to say, my dream (the only one I ever had) of becoming a professional soccer player was over. I started smoking, drinking, and occasionally using drugs in preparation for a two-year sentence to junior college. There wasn’t a university in America pathetic enough to take me. Not even Ole Miss.

But, nonetheless, I had to take the fall from being a star athlete at a great high school to an absolute nobody at a junior college in the pathetic little town of Pasadena, TX. It was either that or work as a mechanic. Having rebuilt the engine on my 1970 GTO (together with my father) I could have gotten employment as a grease monkey somewhere in the Clear Lake area. But that was even worse than junior college in Pasadena. Needless to say, I was one miserable and angry eighteen year-old.

Miserable as I was, I buckled down and worked my way up from eleven to thirteen to fifteen and, finally, to sixteen hours respectively in my four semesters at the junior college. Suddenly, after two years of misery, I was in a position to get into a four-year university. I applied and was accepted to Mississippi State University. It wasn’t prestigious but at least it wasn’t Ole Miss. And my dad was so happy I had started to turn things around that he rewarded me with an invitation to join a fraternity at his expense.

After I was initiated into the Sigma Chi fraternity I did something very rare among Southeastern Conference Greeks. I managed to actually raise my GPA in my first full semester living in the fraternity house. In fact, it was now nearly double my high school GPA. Through a little perseverance the GPA continued to climb despite my dwelling place in Room 13 of the Sigma Chi House. I was easily accepted to graduate school and started working on my M.S. degree right after finishing my B.A.

At the end of my M.S. program I turned down an offer to pursue a doctorate in Psychology at the University of Georgia. Instead, I finished my four-year doctoral program in just three years at Mississippi State. It wasn’t the most prestigious place to get a PhD but at least it wasn’t Ole Miss.

I spent the week of graduation – my last week at Mississippi State - driving my friend Jerry’s old Jeep Wrangler. He was borrowing my truck to move his things back to Vicksburg. Every night that week I would go out driving my friends Dana, Stephanie, and Becky around town while they drank beer and I enjoyed the company of three very pretty former members of the Phi Mu sorority – one of whom was also finishing grad school that week.

When Jerry got back in town I offered to buy that old Jeep Wrangler from him. He laughed and said he would never sell the vehicle to a good friend. Jerry said it was so prone to break down that you would almost have to be a professional mechanic to keep it on the road.

I promised the aforementioned hate mailer that I would not talk about religion in this column. So I’ll not even mention the obvious role of Divine Intervention in my academic turnaround. Instead, I’ll just try to inspire a little optimism with the following bit of advice: There is no tragedy or setback so great that it cannot be turned into a blessing with the help of a little persistence and hard work.

For those who are uninspired or otherwise unconvinced, there is a second part to this story. I plan to write it just as soon as I finish re-reading the Book of Job.

Mike S. Adams was recently named Director of the Men’s Resource (MR) Center at UNC-Wilmington. His office will soon be decorated with an autographed poster of Ashley Herzog wearing a Carolina Blue bikini. Applications for the MR Center’s new “Study a Broad” program will be available on-line some time in August.