I Don’t Need Church to Lead a Moral Life 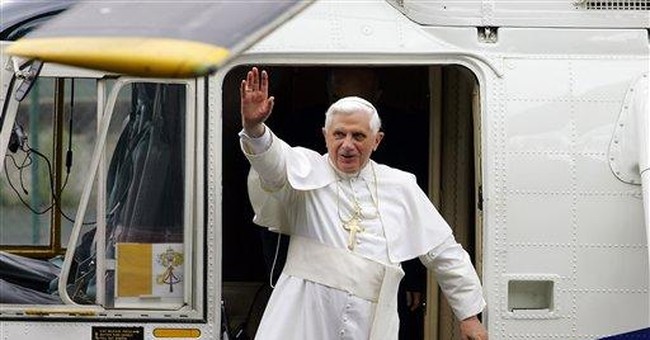 Last summer, I was sitting by the pool with a friend I will call Scott. We were at a wedding in Dallas and were staying at the Crescent Hotel on the same floor with the Phoenix Suns. We spent most of our time at the pool, which had nothing to do with the fact that Steve Nash’s wife also spent most of her time there in a bikini. Fortunately, though, our conversation did eventually center on issues of personal morality and ethics.

Scott told me he had raised his kids in the church and believed in God although he had not been to church regularly in a number of years. He said he felt no guilt over his absence from church. After all, it was a weekend business that kept him from attending. And, besides that, he said he was leading a “moral life” without going to church.

Immediately, I asked myself the crucial question: “How does one know he lives a moral life if he does not ever attend church?” I also thought about some other people I had known who thought their lives were moral either without church or without God altogether.

One was an atheist I dated in college when I was also an atheist. When asked about God she would frankly tell people “I don’t believe in all that s**t. But if there is a God, I will be saved because of my willingness to help others in need.” To her credit, she did help others in need. In fact, she gave her friend $400 when she became pregnant unexpectedly and “needed” an abortion.

Interestingly, my atheist girlfriend claimed to have been a victim of moral wrongdoing when her friend refused to pay her back after the abortion. It would be years later – after I converted to Christianity – that I realized why her friend never paid her back. She was doing everything she could to forget about the abortion. And she resented my girlfriend for funding the biggest mistake of her life.

From time to time, I also think of one of my former colleagues at UNC-Wilmington. Shortly after I overcame atheism and joined a church I asked her what her religious affiliation was. She said “I’m not anything.” She added that she lived her life according to the principle of helping others.

Like my former girlfriend, she was staunchly pro-choice. She was also a big advocate for gay rights. She was involved extensively in helping young people “come to terms” with their sexuality. She even believed that minors should be allowed to have sex changes if that is what they wanted.

This notion of giving both emotional and monetary support to a neighbor only with regard to the recipient’s will is precisely why man needs church to lead a moral life. I am tempted to ask some of these indiscriminant do-gooders whether they would loan Charles Manson a knife under the principle of always helping a fellow human in need. But, instead, I will take a few moments to quote Jesus of Nazareth who said it best as recorded in the Gospel of Matthew:

I am writing this column for Scott because I have just learned of his most recent attempt to help a fellow human being in need. Just a few years after he spent $30,000 on his daughter’s wedding, I am told he has written a check to her for about $3000. It seems his daughter has decided that she has become more “liberated” and “independent” and, thus, is in “need” of a divorce from her husband. And, of course, she “needed” a loan to pay the lawyer’s retainer.

Is it Godly and right to fund the wedding of two people in love? Is it also right to fund a divorce based solely on the personal needs of one party? I would argue that without reading the Word of God and attending church these questions cannot be seriously resolved.

I hope Scott will join me at Port City Church this Sunday in Wilmington. I also hope he knows I love him regardless of his decision. Finally, I hope every churchgoer will join me in asking five friends to church this Sunday. We all need to take the time to reach out to others and help them walk with God.

Life is full of uncertainty but without God two things really are certain: We will make a mess of our lives, and we will help others do the same.