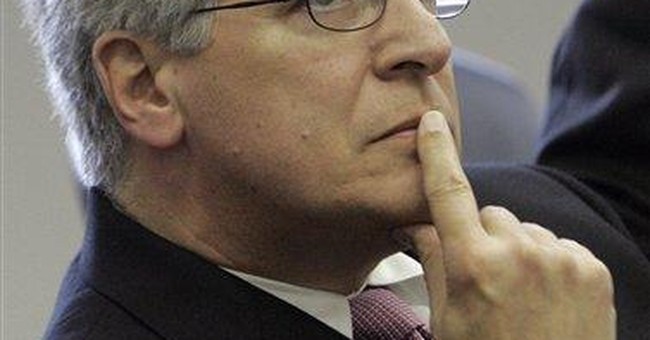 Dear UNC-Wilmington Board of Trustees:

Several years ago, I made a funding request for a new Men’s Resource Center (MRC) at UNC-Wilmington. This was largely in response to the establishment of a Women’s Resource Center (WRC) here on our predominantly female campus. Back then, I made the request on the grounds of Equal Protection. Today, I renew my request in light of recent attacks on male college students in North Carolina – all at the hands of dangerous sexual predators.

As you all know, Mike Nifong recently helped an emotionally disturbed woman levy a false rape accusation against some innocent college students at Duke University. This was done in order to win votes and sympathy from the black community in Durham, North Carolina. His decision to prosecute a demonstrably false rape case in order to gratify his own political desires - even if his misconduct causes permanent psychological damage to his victims – renders him morally equivalent, in many ways, to an actual rapist. For that reason I will hereafter refer to Mike Nifong as a sexual predator.

Because Mike Nifong is a sexual predator who has, as of this writing, managed to escape criminal prosecution, I think it is important to make his name known to innocent male college students who may not be aware of the danger he poses to people who are not, in fact, sexual predators. I plan to do this by establishing a thing called the “Nifong Sexual Assault Wall of Shame” at the UNC-Wilmington MRC. This can only happen if you will consent to fund the center and, hopefully, place it in close proximity to the WRC.

Only after I name the Nifong Wall of Shame in a private ceremony - to be attended by men who have been accused falsely of rape – will my real work as MRC Director begin. This work will focus primarily on identifying and photographing women who have levied false rape accusations.

For example, I plan to take a picture of the woman who falsely accused the Duke Lacrosse players and post it on the Nifong Wall. Below the photograph I will place the name, address, and license plate of the false accuser in order to help innocent men avoid any possible contact with her. This is certainly justifiable since the false rape accuser is, in a sense, just another type of dangerous sexual predator capable of inflicting extreme emotional trauma on her victims.

I also plan to take a picture of the woman who falsely accused one of my students of rape. After my student had consensual sex with her at a party she reported the “rape” to the police. Her story fell apart and he was exonerated but only after the rumor had spread across campus. I will post her picture on the Nifong Wall, too. Below the photograph I will also place the name, address, and license plate of this false accuser in order to help innocent UNCW students avoid any possible contact with her. This is certainly justifiable since this false rape accuser is also a dangerous sexual predator capable of inflicting extreme emotional trauma on her victims.

I will also take a picture of a UNCW professor who once reported one of her colleagues to the Dean for simply disagreeing with her about how rape should be punished. She was so completely ignorant of the law that she thought it was some form of sexual harassment for a male professor to argue that some rapes are worse than others. Her view that there is only one degree of rape is not taken seriously in our jurisdiction (which recognizes two). In fact, no one who is not an unhinged feminist professor agrees with her. And since she tried to destroy a man’s career over a disagreement about rape, I will dub her a dangerous sexual predator, too. Right below her picture on the Nifong Wall will be the title “Professor and Intellectual Rapist.”

I also plan to take a picture of one of my colleagues who steadfastly opposes punishment for those who levy false charges of rape. She publicly defended a woman who fabricated a rape charge in order to get out of taking an exam. If her idea of letting women off the hook for crying rape gets out, men at UNCW are in serious trouble. And, of course, a woman holding such views is likely to cry rape herself if it will get her out of a jam. Therefore, her picture will be placed on the Nifong Wall above a caption reading “Potential Sexual Predator.”

If authorities will follow my lead and expand the definition of “sexual predator” we will, by definition, have more sexual predators living among us. But, hopefully, in the long run, punishing false accusers will put us in a better position to identify those who fall under the traditional definition.