Why I Support Statutory Rape 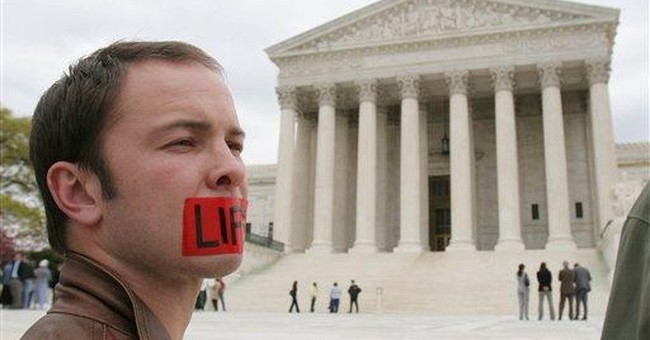 In recent years, I’ve been forced to re-evaluate my positions on a number of subjects. Last week, it happened again when New Hampshire Governor John Lynch signed legislation making New Hampshire the first state to repeal a law requiring that parents be notified before a child decides to kill its unborn baby. This legislation has now helped me get over my antiquated moral objections to statutory rape.

Governor Lynch said he believes parents should be involved in the minor’s decision to abort but that “unfortunately” such input is “not possible” in all cases. If that is true of the decision to abort, how much more true is it concerning the decision to have sex? It would be nice if a parent were around to help a ten-year old decide whether twenty one-year olds’ sexual advances are best rejected, but such supervision is, after all, rarely a realistic possibility.

Currently, all but six states have laws requiring parental notification or consent for a minor seeking an abortion. But eight others (excluding New Hampshire's) have been deemed unenforceable according to NARAL Pro-Choice America. I’ll soon be contacting NARAL to ask them for support in my efforts to have far less easily enforced statutory rape laws abolished in all fifty states across the nation.

Recently, Republican Party Chairman Fergus Cullen said that a person can be pro-choice and simultaneously take the view that parents have a right to know whether their children become pregnant. But what Cullen should have said is that it is not possible to believe that a child has a right to consent to abortion while simultaneously taking the view that she may not consent to sex. In fact, the sex is pretty much a prerequisite to the condition of pregnancy.

Since Democrats took control of the New Hampshire house in December abortion-rights activists have moved quickly to strip notification laws from the books. Now, it is time for the Democrats to move quickly to join me in my efforts to abolish statutory rape laws. And I expect to get a lot of help from my former adversaries at Planned Parenthood.

Planned Parenthood offices around the nation have long concealed sex between children and adults in cases where the child has already been impregnated by the adult. Understandably, they do not want to let the legal “complications” surrounding child rape to interfere with a child’s willingness to seek an abortion. But no reasonable person could disagree with the assertion that statutory rape laws exert a far greater deterrent to a child’s right to control her own body.

I would suggest that concerned citizens everywhere take a page out of the Planned Parenthood playbook and start to help children who wish to exercise the right to express themselves sexually. In fact, starting today I plan to open up my home to any child who needs a place to explore her sexuality with an adult. A ten-year old and her twenty-one year old boyfriend can use my extra bedroom anytime with as much confidentially as she would expect from the good people at Planned Parenthood.

If everyone would do the same, we could soon render these silly statutory rape laws “unenforceable.” And, once we’ve done that we can start to enlist the support of people like New Hampshire Governor John Lynch and others who want to get rid of laws that would be considered “unenforceable.”

We already have an America in which it is difficult to buy little girls clothes that do not make them look sexual. And we are well on our way to allowing these children to kill their children just like adults have been doing for years. Progress and moral consistency both demand that we allow them to have sex with adults.

If that’s what they chose to do who are parents or prosecutors to say otherwise?