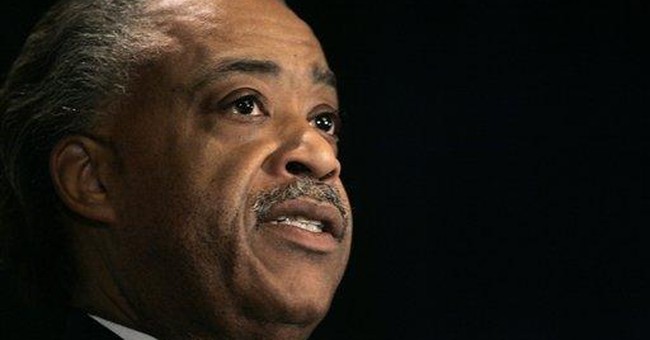 The other day, a guy at work was telling me about another university employee who has been siphoning gas from one of the university vehicles. It’s understandable that he’d want to steal gas. In the wake of this Republican “war for oil” gas prices have never been higher.

But the funny thing is that the university appears unwilling to do anything about what seems to be an obvious case of larceny. And, oh yes, I forgot to mention that the employee just happens to be a black male. It’s understandable that people would want to avoid a rush to judgment against a black male because it could be misinterpreted as racism. But isn’t holding black males to a lower standard of behavior itself an example of racism?

A teacher once told me about a student who walks around campus with a comb in his afro, a jam box on his shoulder, and a pair of jeans falling off his butt leaving six inches of his boxers exposed to the public. Unsurprisingly, the teacher thinks his appearance is working to his detriment. No one would hire someone unless his position in the boxers versus briefs controversy was a well-kept secret throughout the entire interview process.

Recently, I heard Bill O’Reilly call Al Sharpton a “smart guy.” I could see why Bill would refrain from calling him a “dumb guy” on his show. After all, Bill would never be rude to one of his guests. (Set sarcasm detector to “on”).

But when I think about the time Al took advantage of a deranged girl (and helped her advance an obviously contrived story that she had been raped and sodomized) I realize that Al is a very dumb guy. After all, the fake story got him sued for defamation. It’s understandable that people would want to avoid calling him “dumb” because he might accuse them of racism (or maybe even rape, sodomy, or nappy-headed-ness). But isn’t holding Al Sharpton to such a low standard of behavior an example of racism?

I’m thinking, too, of a professor who has a bit of a problem keeping his affections for female students in check while in the classroom. The problem gets a lot worse when he sucks down a few drinks. In fact, he can be seen slobbering all over coeds in public on any given weekend.

But, aside from a few anonymous comments on www.RateMyProfessors.com, no one ever says anything to the professor. And, oh yes, I forgot to mention that he’s black. It’s understandable that no one wants to file one of those “hostile environment sex harassment” charges against him. It could result in a counter-charge of racial harassment. But isn’t it racist to hold black men to a lower standard of conduct, here, too? Doesn’t it send the wrong message; namely that “they” can’t control their sexual impulses?

Finally, I’ve been thinking a lot about the concept of affirmative action, lately. Our efforts to lower standards for black people greatly exceed our efforts to raise blacks to higher standards in areas such as placement test stores and high school graduation rates. Of course, one can understand how this is merely an effort to be “inclusive.”

But everyone interested in “inclusion” seems to gloss over the fact that black/white differences are not all about race. This is obvious because black women outperform black men on many important dimensions of educational attainment. I know that we don’t want to criticize black men for fear of inflaming the emotions of certain black men (I will not mention any names like Al, or Jesse, or Louis). But isn’t it racist to just accept the poor performance of black men without addressing the intervening factor of gender? Doesn’t that cause some people to focus on genes when they should be focused on culture?

We’ve all heard of the concept of “homophobia,” which I argue contributes to stereotypes of gays as hypersensitive and emotionally unstable. Maybe it’s time to talk about a thing I call “homie-phobia” and how it hurts our perceptions of black males in the age of “tolerance” and “diversity.”