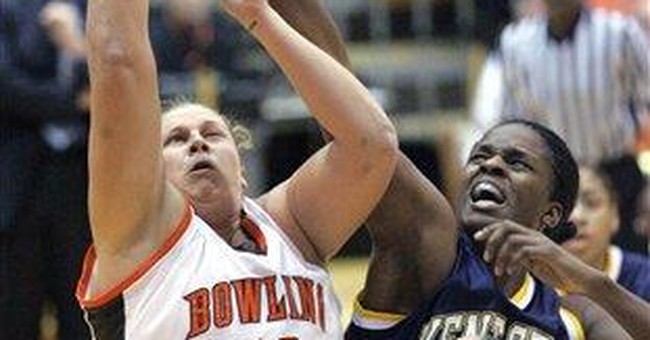 The association between Richard Nixon and Kent State has always revolved around the university’s inability to control war protestors with a proclivity towards violence. But the National Guard won’t have to be called out to remind people of Nixon after the recent Julio Pino controversy. Memories of Tricky Dick will flow naturally from Kent State’s completely unnecessary cover up of the rabid terrorism supporter – the one who prefers to be known as “Professor.”

In Kent State’s recent defense of Pino, the administration tried unsuccessfully to establish at least three important points. Below I have restated these three points and explained why they are all little more than camel poop in a desert of administrative obfuscation:

1. There is no evidence linking Julio Pino to the Jihadist “Global War” blog.

One of the problems Kent State had with the blanket denial of Pino’s involvement with “Global War” is that his department chair had already admitted that Pino had admitted to him that he “contributed” to the blog. While this information did not hit the mainstream media until the day after the Kent State denial, I already knew it. The $64,000 question is: “How could the Kent State administration not have known it?”

And, if they really did not know, does this mean that Pino’s chair knew but did not tell the administration?

While the denials of Kent State have mainly hurt the university, there are other victims. One is conservative columnist Mike Adams. When the university said there was no link between “Global War” and Pino they were calling into question my journalistic integrity. And Pino supporters even wrote my bosses accusing me of defamation.

Now that the smoke has cleared, I am demanding an apology from Kent State. Until I get one, just send your Kent State alumni donations to the following address:

Please note that a) no ticking packages will be opened and, b) $.25 will be refunded to Julio Pino in order to compensate for any damages I may have caused to his professional reputation. I will even let him keep the change as a gesture of good will.

2. There is no evidence to suggest that Julio Pino has been engaged in pro-terrorist activity using Kent State resources.

Actually there is plenty. I have received hard evidence that Pino’s Kent State email address (jpino@kent.edu) has been used to disseminate his pro-Jihadist views. I also have evidence that Kent State equipment has been used in the activity. Because there is some possibility that the evidence has been tampered with I made arrangements – only about four hours ago - with FBI agents who will confiscate all evidence from my hard drive in order to make that determination. I’m Sorry Julio but I just had to get the counter-terrorism unit involved.

But, for the record, I do recognize that there may be some vast right-wing conspiracy to frame Pino for using Kent State resources in disseminating his pro-Jihadist writings. (Someone sent me a blue burqua with a white stain but I’m not touching that one).

But, in all seriousness, if I find out that Pino is a victim of a conspiracy I will be the first to print a retraction. You will find it right next to the ones citing evidence that the moon landing was faked and that professional wrestling is real.

And speaking of Israel there is new information about Pino’s support of suicide bombers who like to blow up Jews. Please turn your attention to point number three.

3. There is no evidence that Julio Pino has been indoctrinating students into his pro-Jihadist ideology.

Julio Pino’s efforts to convert students to a radical and violent form of Islam can be linked to a 2002 article he wrote praising a suicide bomber. It was published, by the way, in the Kent State student newspaper. Since that article was republished on the “Global War” blog, Kent State should have known that he was “linked” to the pro-Jihadist site.

But at least they could say that he was not abusing students in class with his ideological ranting. They cannot say that anymore.

A brave ROTC student who was enrolled in Pino’s class has now stated on television that Pino publicly mocked the student for wearing his military uniform to class. More serious accusations have been made on the internet by former students. These students should all come forward and make public statements as well.

I know this column might seem a little harsh on Julio Pino – the man who has succeeded in taking the heat off Colorado’s Ward Churchill. But at least I didn’t use any tasteless epithets in my reporting. If I called him a camel jockey, they might put me in rehab with Ann Coulter.

Author’s Note: For the record, Dr. Adams has no objection to being placed in rehab with Ann Coulter. It beats the hell out of sharing a bunk with John Edwards.