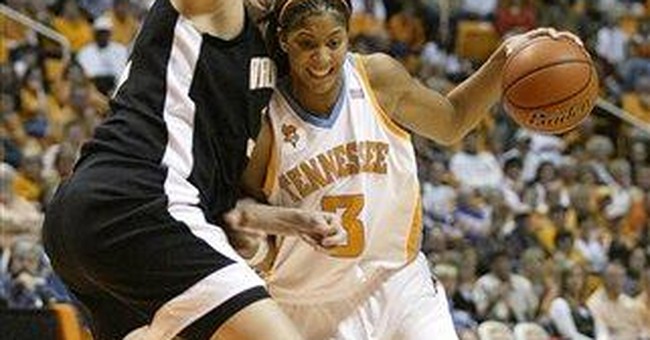 After my first “Colleges to Attend” column, scores of readers wrote asking whether I would soon recommend a public university with significantly lower tuition than Pepperdine. I am pleased to do so today with the recommendation of a public school from my former home state of Texas.

Texas A&M University is nationally recognized as a top 5 public university by the new Washington Monthly ranking. This ranking is important because it looks more at the quality of graduates and what they are contributing to society as opposed to the more popular U.S. News poll, which is heavily weighted toward factors like SAT, National Merit Scholars, and reputation. The emphasis on “reputation” is problematic because it is the source of the significant leftist bias in the ratings. Nonetheless, A&M is number three in terms of its “best value” in public universities, behind UVA and UNC, which are decidedly more liberal.

In terms of specific colleges, A&M’s Mays Business School, Dwight Look College of Engineering, and their outstanding College of Veterinary Medicine are all in the top of the nation in their respective disciplines. In academics and research, A&M currently has over half a billion dollars in sponsored research contracted to the large public campus.

But what really sets A&M apart from other schools is the quality of student life and dedication to student traditions. The Aggies are widely recognized for having a student body with a voracious appetite for athletics. ESPN’s College game day crew calls it the best college atmosphere in the country. Unsurprisingly, A&M routinely sets national attendance records – even in sports like women’s soccer and tennis.

The “12th Man spirit” of A&M is also reflected in student compassion for others. In fact, this dedication to service is at least part of what prompted former President Bush to put his library on the Aggie campus instead of his alma mater, Yale. In the fall of 2005, the Aggies were the only major university in America to host Katrina evacuees on campus.

When Reed Arena, their basketball venue, was transformed into a shelter, there were over 300 families that benefited from the student-led volunteer effort. In March, they will once again launch a major service event where over 5,000 students will dedicate a day to service in the region. This is, to my knowledge, the largest such activity in the entire country.

Numerous Aggies read my recent column on the University of Michigan, in which I claimed that UM conservative alumni reported lower satisfaction with the school than any other in America. All of these Aggies claimed that A&M was just the opposite – a place where conservatives could get a good education without being persecuted for their political and religious beliefs.

Speaking of religion, an Aggie Christian organization invited me to speak at a Bible study last year, which was being held in the basketball arena. They told me to expect to speak to about 4000 students. Although we weren’t able to work out a date for my visit I have never forgotten that conversation. How many universities have Bible studies attended by 4000 students? It’s the kind of thing that would drive President Gene Nichol of William and Mary to commit suicide.

When I wrote my first book, “Welcome to the Ivory Tower of Babel,” I spent a good deal of time talking about the persecution of Christian students at UNC-Chapel Hill. When one of the administrators complicit in some of the activity at UNC-CH took a job at Texas A&M, I was flooded with calls of concern from Aggie alums. This told me two things – only one of which is important.

First, lots of Aggie alums read my book. But that isn’t important. What is important is that they are all deeply dedicated to their school and will not let it be ruined by anti-Christian bigotry like the kind that is so pervasive in the UNC system.

Make no mistake; A&M has its share of politically correct non-sense. But the students and alums are fully capable of keeping it in check. And they are quality people who look out for one another after graduation.

Texas A&M must have quality students to have been able to a) attract a former President to place his library in College Station, and b) lead a current Secretary of Defense to dedicate his time to being its President.

It is significant that Dr. Gates told America that he was leaving the best job he ever had when he left Texas A&M. I think your kids will say they are leaving behind the best college they could have chosen upon graduating from A&M. That is why I wrote this column. I hope it was helpful.