Crime of Addiction Does Not Paey 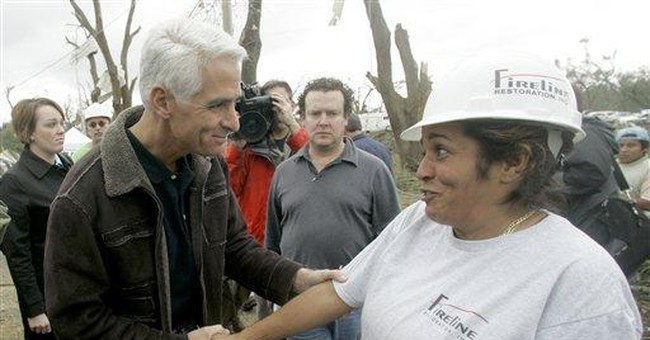 Richard Paey is a husband, a father, and an Ivy-league educated lawyer. Some years ago, he suffered a catastrophic auto accident that required a number of surgical procedures. Because one of those procedures was badly botched he now suffers from debilitating and excruciating pain.

Richard is now serving a 25-year mandatory minimum sentence in a Florida prison. This is because he did, in fact, violate the law in order to obtain pain medication. In fact, he filled prescriptions for 700 oxycodone pills and large quantities of other pain relief medications within a period of just 36 days.

The evidence that Paey tampered with the prescriptions is, in my opinion, conclusive. But I have yet to see any evidence that Paey intended to do anything else with the medicine. That is why the 25-year sentence is such a tough pill to swallow for many observers, whether liberal, conservative, or libertarian.

After the state charged and convicted Paey under a drug trafficking law, he appealed on the basis of Cruel and Unusual Punishment. Two members of a three-member panel voted to uphold Paey's sentence because, quite simply, there was no legal error. A very bad law was followed properly – at least in the court of law.

But now it is time to move Paey’s case into the court of public opinion. The executive branch can and should be appealed to for a pardon given the futility of Paey’s legal case.

It may be difficult for many to believe that Paey – who uses a wheelchair and has attempted suicide twice – really filled prescriptions for 700 pills in seven weeks merely for personal use. But that raises fundamental questions about the law used to secure Paey’s conviction.

For example, most would agree that it makes sense to assume a person with no previous history of medical dependence is a drug dealer based merely on circumstantial evidence of the possession of hundreds of illegally obtained narcotic pills. But, given the highly addictive nature of the pills, should the law not require direct evidence when the suspect has a history of medical drug dependence?

When I hear the story of Richard Paey sitting in prison hooked to a morphine pump that is currently providing him with a dose stronger than the medication he was convicted of obtaining illegally, I am reminded of something that once happened to me. In fact, it happened just a few months ago.

The night of my second shoulder dislocation in eleven years, I was lying in bed writhing in pain – apparently from a severely pinched nerve that was hit directly when my shoulder went back into socket. I started punching the mattress before I went – in the middle of the night, mind you – into a steaming hot whirlpool meant to ease the pain after I took all the medication I could find in the house.

Shortly after I found myself desperately dangling from a rafter trying to use my 180 pounds to yank the shoulder out of socket and try again, the sun came up and I got into the car to head to the local doctor’s office. He gave me oxycodone and anti-inflammatory drugs to take for a period of two weeks. And, fortunately, I was able to start recuperating without surgery.

But what about those who have serious spinal injuries, which cannot be cured? What lengths will they go to when their prescriptions are cut off by a physician well after an addiction is established?

As I contemplate the case of Richard Paey I am tempted to ask some very broad questions such as “What would his punishment be if his father had been the Governor of Florida?” and “Does the barbed razor wire keep him from climbing the walls of the prison in his wheelchair?”

But, for now, I will simply ask two questions of the Governor of Florida ( Charlie.Crist@myflorida.com ): “Do you personally believe that Paey was trafficking in narcotics?” and, if not, “What service does his incarceration provide for the people of your state?”