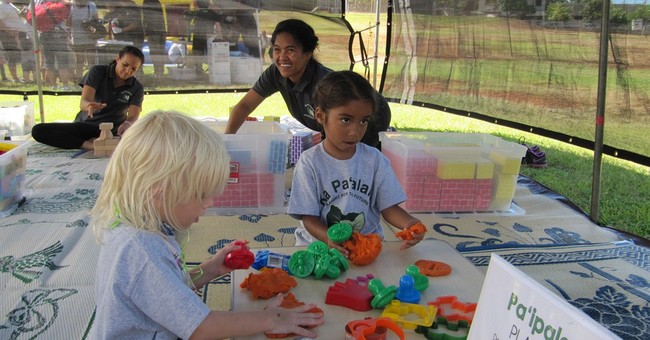 It's elementary: When Democrats find themselves in political trouble, they reach for your wallets. After squandering billions on an ineffectual stimulus, failed green energy boondoggles and the disastrous Unaffordable Care Act, the Obama White House wants to dump $75 billion more into "free" preschool for all. That'll solve everything.

Government-funded universal pre-K is a moldy oldie of the progressive left, recycled perennially by Democratic presidential speechwriters in need of State of the Union address padding. But this time, the Fed Ed crowd is redoubling its efforts with support from big-business statists and academic shills.

The U.S. Chamber of Commerce, once a bitter campaign target of the White House, is now Team Obama's biggest cheerleader on expanding preschool funding. And Austan Goolsbee, a former top Obama economic adviser and University of Chicago prof, took to the pages of The Wall Street Journal this week to crusade for more public "investments" in early childhood education. At "$10,000 per child," Goolsbee argued, universal pre-K is a "bargain."

Why anyone would take the financial advice of Austan Goolsbee is beyond me. I'll remind you that this is the same Austan Goolsbee who vigorously championed extending credit to the uncreditworthy. In a 2007 op-ed for The New York Times, he derided prescient critics who called subprime mortgages "irresponsible." Goolsbee instead preferred to describe the doomed financial instruments as "innovations in the mortgage market" to expand the pool of homebuyers. We don't need economics Ph.D.'s to see how that worked out.

Goolsbee, like his Fed Ed allies on both the left and right, cites the well-worn Perry Preschool Project in Michigan to support Obama's top-down push for subsidizing preschool for all. But that pilot program, run at a cost of $19,000 per child, took place more than a half-century ago. A more comprehensive and updated review of the literature by the Brookings Institution's Russ Whitehurst released last month found that the vaunted academic benefits of full-time pre-K are, in fact, negligible.

Whitehurst is a developmental psychologist by training who has spent the majority of his career designing and evaluating programs intended to enhance the cognitive development of young children. He warns that universal preschool boosters "ignore research showing negative impacts on children who receive child care supported through the federal child development block grant program." Moreover, his research shows, the Nanny Staters have downplayed evidence that "the universal pre-k programs in Georgia and Oklahoma, which are closest to what the Obama administration has proposed, have had, at best, only small impacts on later academic achievement."

A. Barton Hinkle of the Richmond Times-Dispatch points to even more reason for skepticism by way of a 2010 Department of Health and Human Services report about a congressionally mandated study of approximately 5,000 3- and 4-year-olds who were randomly assigned to either a control group or a group that had access to the federal Head Start program. It found that "at the end of kindergarten and first grade ... the Head Start children and the control group children were at the same level on many of the measures studied."

Let's set all of this junk science aside for the moment. There's a bigger elephant in the room. As I've pointed out for years, these cradle-to-grave government education/day care services encourage drive-through, drop-off parenting. Subsidizing this phenomenon cheats children, undermines family responsibilities and breeds resentment among childless workers who are forced to pay for costly social services.

The nationalized preschool promoters, led by feckless bureaucrats who piled mounds of debt onto our children with endless Keynesian pipe dreams, claim that new multibillion-dollar "investments" in public education will "benefit the economy." But ultimately, it's not about the money or improved academic outcomes for Fed Ed. The increasing federal encroachment into our children's lives at younger and younger ages is about control. These clunkers don't need more time and authority over our families. They need a permanent recess.