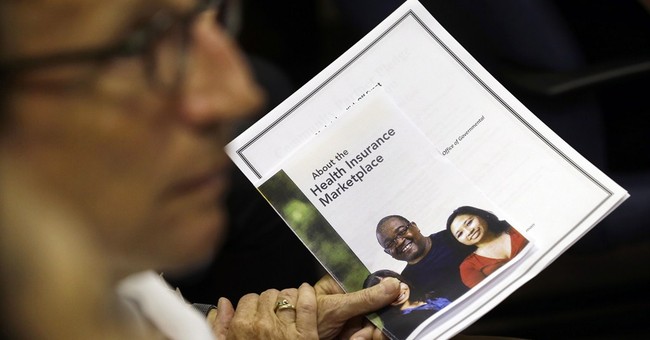 Welcome to ObamaWreck! Americans nationwide spent Tuesday struggling with the much-hyped "Affordable Care Act" health insurance exchanges. Server meltdowns, error messages and security glitches plagued the federal and state government websites as open enrollment began. But when taxpayers discover exactly who will be navigating them through the bureaucratic maze, they may be glad they didn't get through.

U.S. Health and Human Services Secretary Kathleen Sebelius controls a $54 million slush fund to hire thousands of "navigators," "in-person assisters" and counselors, who are now propagandizing and recruiting Obamacare recipients into the government-run exchanges. As I warned in May, the Nanny State navigator corps is a serious threat to Americans' privacy. Background checks and training requirements are minimal to nonexistent. A history of fraud is no barrier to entry.

Given the enormous responsibility to handle sensitive data in a careful, neutral manner, combined with the overwhelming pressure to boost Obamacare enrollments, you'd think the feds would only choose navigators with the most impeccable records. Yet, less than a year ago, Seedco agreed to settle a civil fraud lawsuit "for faking at least 1,400 of 6,500 job placements under a $22.2 million federally funded contract with the city."

First, Seedco denied the charges; next, they trashed Harper's reputation in the pages of The New York Times. Only after the U.S. Attorney's office in Manhattan brought suit did the organization acknowledge systemic, repeated wrongdoing. Seedco forked over a $1.7 million settlement in December 2012. Mere months later, they were racking up federal Obamacare navigator work.

The feds and Seedco assure us that new management is in place. They rearranged some deck chairs, created a new "compliance program" and hired an independent reviewer. But an ethos of by-any-means-necessary book-cooking and a culture of intimidating whistleblowers don't disappear overnight. Seedco shredded documents for three years to phony up their job placement statistics; city government overseers knew about it. The Nonprofit Quarterly noted that Seedco's fraud was "kind of breathtaking" in its "creativity and illegal audacity," including:

--"Taking credit for a job candidate's prior employment as job placements;

--Using other Seedco programs to collect information on clients in order to falsely report job placements; and

--Reporting job placements for people who were not Seedco clients and had not been placed in their jobs by Seedco."

The feds detailed how Seedco managers would instruct clerical workers to troll Monster.com and Careerbuilder.com for resumes and then "report the employment of individuals sourced from those downloaded resumes as job placements." Other employees exploited their relationships with businesses to "gather information from the businesses' current employees. Seedco then used that information to falsely report that employment as a job placement obtained for the candidate by Seedco, although the individuals had no prior relationship with Seedco and had not been recruited into the job by Seedco."

This entire government-nonprofit alliance rests on dragooning as many people as possible into government programs, including food stamps, CHIP (the federal Children's Health Insurance Program) and now Obamacare. One of Seedco's officials actually said the fraud case "made us a stronger organization." Yes, they actually sold their deliberate number-fudging as an asset instead of a liability. And four states swallowed the pitch whole. The spirit of fraud-stained ACORN and its Nanny State progeny lives.

So, buyers, beware: Obamacare security "glitches" are not just a bug. They're a feature.