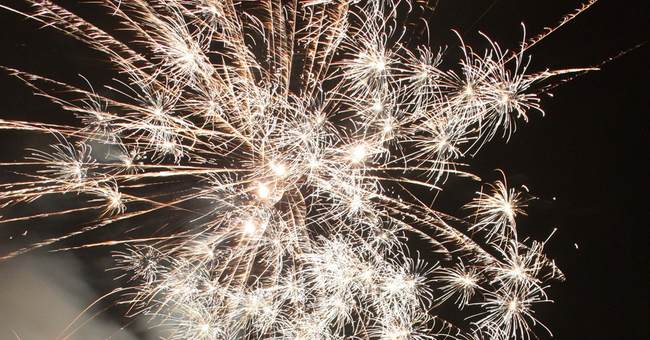 As we celebrate our nation's 237th birthday, a crucial facet of American life has all but vanished. We have forsaken, in a systematic and deliberate public manner, one of our most fundamental duties: fostering civic virtue in each and every one of our citizens.

What does it mean to be an American? Politicians in both parties keep pushing to create a new "path to citizenship" for millions of illegal aliens. But if sovereignty and self-preservation still matter in Washington, citizenship must be guarded ferociously against those who would exploit and devalue it at every electoral whim.

The pavers of the amnesty pathway think illusory requirements of paying piddling "fines" and back taxes will inculcate an adequate sense of responsibility and ownership in the American way. Other fair-weather friends of patriotism satisfy themselves with shallow holiday pop quizzes on American history to fulfill the "well-informed" part of the "well-informed citizenry" mandate of our Founding Fathers.

But Thomas Jefferson said it well: "No government can continue good but under the control of the people; and ... their minds are to be informed by education what is right and what wrong; to be encouraged in habits of virtue and to be deterred from those of vice... These are the inculcations necessary to render the people a sure basis for the structure and order of government."

John Adams said it better: "Liberty can no more exist without virtue ... than the body can live and move without a soul."

And Thomas Paine said it best: "When we are planning for posterity, we ought to remember that virtue is not hereditary."

Civic virtue cannot be purchased with token gestures or passed down in perfect form like a complete set of family china. A life of honor, honesty, integrity, self-improvement and self-discipline is something you strive ever to attain. Being American is a habit of mind, but also a habit of heart and soul. Abraham Lincoln spoke of the "electric cord in that Declaration that links the hearts of patriotic and liberty-loving men together, that will link those patriotic hearts as long as the love of freedom exists in the minds of men throughout the world."

Calvin Coolidge, profiled in "Why Coolidge Matters," a terrific new book by Charles C. Johnson, echoed the Founding Fathers' emphasis on virtue, restraint and work ethic. "If people can't support themselves," he concluded, "we'll have to give up self-government."

The failure of public schools to impart even rudimentary knowledge of self-government principles, natural rights theory and the rule of law is compounded by the suicidal abandonment of civic education. As Stanford University education professor William Damon notes: "Our disregard of civic and moral virtue as an educational priority is having a tangible effect on the attitudes, understanding and behavior of large portions of the youth population in the United States today."

Add militant identity politics, a cancerous welfare state, entitled dependence and tens of millions of unassimilated immigrants to the heap, and you have a toxic recipe for what Damon calls "societal decadence -- literally, a 'falling away,' from the Latin decadere." Civilizations that disdain virtue die.

Independence Day sparklers will light the skies overhead this July 4th, but George Washington's "sacred fire of liberty" belongs in the breasts of Americans every day of the year.

How to rescue citizenship and civic virtue?

Let's start by sending a message to politicians in the nation's capital who imperil our sovereignty.

Citizenship -- good citizenship -- is not just a piece of government-issued paper. It is not merely a bureaucratic "status." It's a lifelong practice and propagation of founding principles. A nation of low information is just half the problem. A nation of low character cannot long remain a free nation.