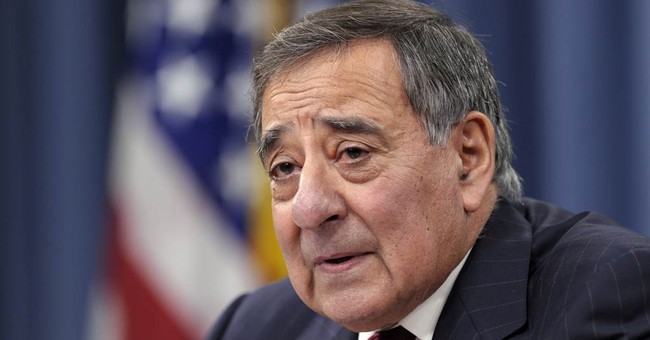 Do you remember what happened last year on 9/14? Where are the White House phone calls for the families who continue to grieve? What is being done to prevent another fatal attack like the one on 9/14? And why is the full truth being withheld from the American public?

Benghazi isn't the only bloody disaster being covered up by the Obama administration. As I reported in a series of columns and blog posts last fall, three days after the deadly siege on our consulate in Libya, the Taliban waged an intricately coordinated, brutal attack on Camp Bastion in Afghanistan. Two heroic U.S. Marines -- Lt. Col. Christopher Raible and Sgt. Bradley Atwell -- were killed in the battle. Many surviving Marines have been honored for their brave, quick-thinking actions to save their comrades and civilians caught in the crossfire.

Family members are angry that military brass are still trying to suppress details of the fateful budget and strategic decisions that led to the attack. But they won't stay silent. "This is political," one Camp Bastion relative told me this week. "Just like Benghazi, they don't want people to know."

In case you were sleeping or had forgotten: The meticulously coordinated siege at Camp Bastion by 15 Taliban infiltrators -- dressed in American combat fatigues and armed with assault rifles, rocket-propelled grenades and other weapons -- resulted not only in two deaths and nearly a dozen injuries, but also in the most devastating loss of U.S. airpower since Vietnam. Camp Bastion is Britain's main military base in Afghanistan; it's adjacent to our Marines' Camp Leatherneck.

Eight irreplaceable U.S. aircraft were destroyed or put out of action during the raid. A trio of refueling stations was decimated; a half-dozen hangars were damaged. The attack came exactly six months after a failed jihadi suicide attack targeting former Defense Secretary Leon Panetta.

Camp Bastion family members are hearing that U.S. and British military leaders left their loved ones vulnerable to attack by outsourcing watchtower security on the base to soldiers from Tonga, who were known to fall asleep on the job. Deborah Hatheway, aunt of Sgt. Atwell and the family's spokesperson, is naming names and mincing no words. She says Major General Charles "Mark" Gurganus, who recently returned to the U.S. after commanding coalition forces in Afghanistan, was ultimately responsible for skimping on security patrols. "He might as well have made it easier for the Taliban by cutting the perimeter fence himself and putting out the welcome mat," Hatheway told me.

This is the same Gurganus who ordered Marines to disarm -- immediately after the failed jihadi attack on Panetta last year -- because he wanted them "to look just like our (unarmed) Afghan partners."

Hatheway says her family has learned that "it took over an hour before any of the other coalition forces arrived to help the Marines, who were already engaged with the terrorists and had it under control." In addition, she says, they've learned that those on the ground did not have "proper protective gear available ... or properly functioning weapons."

Bastion families have raised questions with politicians and Pentagon officials in Washington, but are being forced to jump through Freedom of Information Act hoops to get to the bottom of the story. If ever.

In the meantime, a few officers in the know have begun leaking to the press. A little-noticed article by Washington Post reporter Rajiv Chandrasekaran two weeks ago reported that "several officials with direct knowledge of the assault said in recent interviews that staffing decisions by U.S. and British commanders weakened the base's defenses, making it easier for the insurgents to reconnoiter the compound and enter without resistance."

Cue the stonewalling. According to the Post, "When the House Armed Services Committee asked to see the initial Marine security review earlier this year, senior officers on the Pentagon's Joint Staff deemed it insufficient for release and ordered the Marines to conduct a fuller review, military officials said. But that examination still fell short of an official investigation." Neither the Marine Corps nor NATO plans to release the results of their separate investigations -- in part, the Post reports, "to avoid embarrassing the British for leaving towers unmanned."