Giving Thanks for American Ingenuity 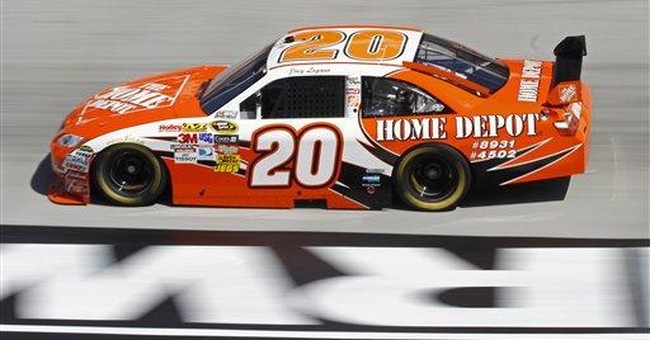 One of my favorite television programs is "How It's Made" on the Science Channel. The documentary series shows "how the everyday objects people use become the things they are." From ketchup and flip-flops, to nail clippers and snare drums, to NASCAR engines, hydraulic cylinders and motor homes, the show takes viewers on wondrous autobiographical journeys of the mundane products we too often take for granted.

Though it originated in Canada and has become a global phenomenon, "How It's Made" is largely a tribute to individual American ingenuity and American entrepreneurs. The show's myriad episodes spotlighting U.S. inventions also serve as potent antidotes to the government-centric vision that reigns in the White House these days.

Last summer, President Obama opined that the proper role of private entrepreneurs is to fulfill "the core responsibilities of the financial system to help grow our economy" -- and that "at a certain point you've made enough money." Last month, Vice President Joe Biden boasted that "every single great idea that has marked the 21st century, the 20th century and the 19th century has required government vision and government incentive."

Such command-and-control narcissism is completely alien to the unique American culture and marketplace that have bred so many successful inventors. Consider the electric carving knife that so many of you will use without a second thought this Thanksgiving holiday season. Jerome L. Murray, the New York City man who invented the ubiquitous kitchen appliance, was an insatiable tinkerer from his teens until his death in 1998 at the age of 85. He was driven not by a social justice agenda or by the need to "grow the economy" to boost government employment figures, but by a constant desire to solve problems, cut costs, satisfy his own intellectual curiosities and pursue the profit motive.

Murray funded his creative pursuits out of his own pocket, not with taxpayer dollars. And one moneymaking idea was never "enough." According to his obituary in The New York Times, the prolific inventor "saw no sense in inventing something that could not be sold." At the time of his death, Murray held an astounding 75 foreign and domestic patents:

-- At 15, Murray manufactured a windmill that powered a radio generator and sold it to farmers in rural areas where regular electricity was unavailable.

-- In 1951, after observing passengers descending airplane stairs in the rain at Miami International Airport, he came up with the idea for covered airplane boarding ramps to protect travelers from inclement weather and to enable those in wheelchairs to cross into their terminals without having to be fork-lifted off their planes. The walkways are now used in airports around the world.

-- To save time and energy whenever he needed to climb the roof to adjust his television antenna for better reception, Murray crafted a television antenna rotator by attaching two strings to the antenna and pulling them from his window. The invention evolved into the TV antenna rotator, which Murray's obituary reports "generated nearly $40 million in sales over several decades."

-- Murray also invented the audible pressure cooker, the power automotive seat, a high-speed dental drill and the peristaltic pump, which moves fluids through the body without damaging cells using contractions and expansions. The lifesaving pump paved the way for historic breakthroughs in open-heart surgery and kidney dialysis -- and its technology has been applied by the food processing, pharmaceutical manufacturing and chemical processing industries.

-- And to assist harried housewives in the post-World War II era, Murray combined the use of an interior combustion motor with dual blades to create the electric carving knife. It was patented in 1964, and the same technology used to slice up your turkey was adopted to create medical and forensic tools now used in surgeries and autopsies.

Murray's self-interested capitalist pursuits yielded untold benefits and conveniences for the rest of the world. In the tale of the mundane electric carving knife lies a profound lesson: Liberty, not "government vision," yields innovation. For this priceless insight bequeathed to us by our Founding Fathers, Americans should give eternal thanks.