Sanctuary Nation or Sovereign Nation: It's Your Choice 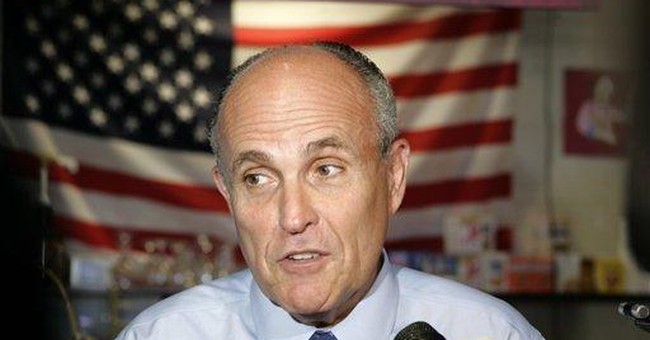 Will the execution-style murder of three young students in Newark, N.J., finally turn the tide in the immigration enforcement debate? Will we at last abandon the deadly, chaotic, lawless sanctuary nation experiment and restore America's lost status as a sovereign nation under the rule of law?

The death of six innocent men and women and the injury of more than 1,000 at the hands of several illegal alien 1993 World Trade Center bombers wasn't enough to convince politicians in New York and across this country to end illegal alien sanctuary policies.

The death of nearly 3,000 innocent men, women and children at the hands of the 9/11 jihadists who exploited our lax entrance and visa enforcement policies in 2001 wasn't enough.

The death of 10 innocent men and women in the Washington, D.C., area at the hands of an illegal alien sniper and his bloodthirsty mentor in 2002 wasn't enough.

But now we are in the heat of a presidential election cycle. The open-borders opportunists in immigration enforcement clothing are professing to see the light. With illegal alien murder suspect Jose Carranza and his alleged MS-13 gang-banging boy helpers who are being sought in the brutal Newark murder case dominating the news on the Eastern seaboard, politicians can't find a camera fast enough to condemn the very sanctuary policies they promoted and tolerated for decades -- sanctuary policies I've highlighted for years in this column.

He's touting a "tamper-proof ID card" that includes fingerprints for everyone entering the country and a central database to track when they leave.

What Rudy-come-lately fails to comprehend is that there are already multiple alien tracking databases mandated by federal law that have yet to be fully implemented, integrated and used. The reason they don't work is because open-borders interests have sabotaged them by restricting funding for them, objecting to them on civil liberties grounds, and pushing local and state governments to forbid public employees from checking them to verify citizenship status. Ring a bell, Rudy?

Giuliani's newfound border security zeal is intended to blunt criticism by GOP rival Mitt Romney of Giuliani's pro-sanctuary record as NYC mayor. Giuliani has issued Clintonian denials that he supported sanctuary. But the record is clear. New York City's sanctuary policy was created in 1989 by Democrat Mayor Ed Koch and upheld by every mayor succeeding him. When Congress enacted immigration reform laws that forbade local governments from barring employees from cooperating with the INS, Giuliani filed suit against the feds in 1997. He was rebuffed by two lower courts, which ruled that the sanctuary order amounted to special treatment for illegal aliens and was nothing more than an unlawful effort to flaunt federal enforcement efforts against illegal aliens. In January 2000, the Supreme Court rejected his appeal, but Giuliani vowed to ignore the law.

To this day, the city's policy of safe harbors for illegal immigrants stands. Giuliani successor Michael Bloomberg defiantly reiterated the official sanctuary posture of NYC this week: "Let 'em come." Could he be more callous, cavalier and out of touch in a post-9/11 world?

From New York to Newark to Seattle to Portland to San Francisco to Los Angeles to San Diego to Houston to Miami, lawmakers have taken this go-with-the-flow attitude toward illegal alien border-crossers and visa overstayers and deportation fugitives. "Let 'em come."

But in the wake of the Newark murders and the illumination of illegal alien gang crime penetrating the country, a new rallying cry came from the lips of Newark Mayor Cory Booker: "Get this evil out of my city." That won't happen without a demonstrated commitment to cooperate with the feds to enforce immigration laws and deport violent and dangerous criminal aliens first.

A few weeks ago, I launched deportthemnow.com. Nearly 8,000 volunteers have signed up to make their voices heard. Our top priorities will be to push for the adoption of a program known as 287(g) to identify criminal illegal aliens in as many cities as possible; to repeal "don't ask-don't tell" sanctuary laws; and to support lawmakers like Newark City Councilman Ron C. Rice, who is pushing a resolution to coordinate efforts between law enforcement when an illegal immigrant is charged with a felony, and New Jersey Assemblyman Richard Merkt, R-Morris, who proposed prohibiting jail officials from releasing illegal immigrants and requiring them to be remanded to federal authorities.

It's time for ordinary Americans to come out of the shadows and remind Washington every day in words and actions that we are a sovereign nation, not a sanctuary nation.

No more promises. No need to wait for Election '08. Just do it.