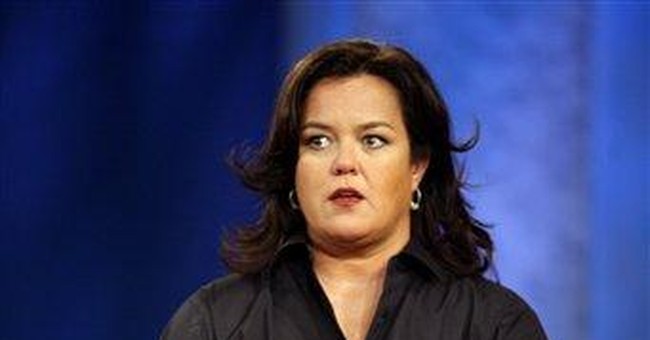 A young Air Force airman is fighting for his life in Camden, N.J. He was shot on Independence Day by a crazed gunman who reportedly had a beef with the military and the U.S. government and "wanted to make a statement" on the Fourth of July. Have you heard about the plight of 22-year-old McGuire Air Force Base loadmaster Jonathan Schrieken? Probably not.

The shooting got no mention in The New York Times -- not even a squib in a back section (though the paper did see fit to put the shooting of a 7-year-old girl in Trenton on the front page).

Local media outlets have gathered a few news tidbits about the shooter, Matthew Marren, who killed himself after attacking Schrieken outside his Willingboro home. Schrieken roomed with a few other servicemen in the rented house. Schrieken did not know Marren. PhillyBurbs.com reported that a relative said Marren was "angry at the government and wanted to make a statement" on Independence Day. Authorities found two suicide notes that "were indicative of an individual suffering from mental-health problems."

A random act of insanity? Not so fast. There's more to the story. A reader whose son is the best friend of Senior Airman Schrieken wrote to Charles Johnson of the Little Green Footballs (littlegreenfootballs.com) blog with background details:

"My son's best friend, Jon, who's in the Air Force stationed in New Jersey at Fort Dix/McGuire Air Force Base, was shot by a crazed anti-military white guy on Independence Day and he remains in critical condition. He had been on leave here in Ohio and got back to his home off base and was unpacking stuff from his car when this 22-year-old guy walked up to him and asked him if he lived in the house. When Jon said yes, the guy said 'not any more' and shot him point-blank in the chest. He tried to shoot him again, but his gun jammed. Jonathan made it into the house. The guy then shot himself.

"Turns out the guy left a couple of suicide notes stating how much he hated the military and he wanted to go out making a statement, so he chose to make his statement on Independence Day trying to kill a soldier. We are very worried about our Airman . . . he's like a son to me. He's been to Iraq and Afghanistan on our behalf and then gets shot in his own driveway here in the U.S. by an anti-war, anti-American lunatic. This is gut wrenching."

Now, imagine the scenario flipped: What if a soldier had attempted to murder a peace activist over the holidays in order to "make a statement"? The Times would be holding front-page vigil, and Katie Couric's brow would be furrowed for a week. The yakkity yaks on "The View" would be clucking their tongues about the culture of violence bred by the military -- and who knows what Rosie O'Donnell would be dressing her poor child in to exploit the story on her website.

Funny how the Root Causes crowd becomes so incurious about the root causes of crime when the suspects are anti-military nutballs and anti-war protesters. To the extent leftists pay any attention at all to this attempted murder, you can expect it to be downplayed as an isolated incident. Never mind the pro-fragging comments made by troop-bashing academic fraudsters like Ward Churchill; the iconic banners that proclaim "We support our troops when they shoot their own officers" and "Don't impeach Bush . . . execute him"; the countless acts of vandalism against military recruitment offices nationwide since 9/11; and the burning of soldiers in effigy by hate-filled peaceniks.

Oh, and this week, the trial of Michael Curtis Reynolds began. He's a Pennsylvania man and al Qaeda sympathizer accused of plotting to blow up U.S. energy installations in order to drive up gas prices and precipitate a U.S. withdrawal from Iraq. In e-mail exchanges with Internet sleuth Shannen Rossmiller, who unmasked the bombing plot, Reynolds called the United States an "accursed country" and said "it isn't the land of the free, but the home of the new dictators."

Harmless rantings? No. Ideas, like the bullet in Jon Schrieken's chest, have consequences.