Sarah Palin: An Everywoman Qualified by What She’s Done 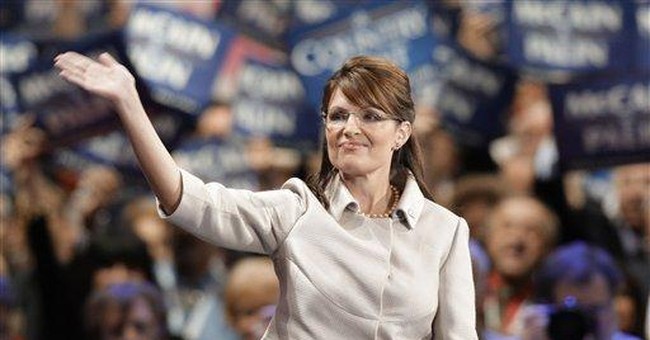 The 2008 primary was definitely a time of firsts. An African-American squared off against a woman in the race for the Democratic Party nomination, and a little known Republican woman nabs the vice-presidential slot shocking the establishment and energizing the conservative base.

Just as the primary was a time for firsts, the general election will be history making as no other has been. Vote Democratic and America elects an African-American president. Vote Republican and the vice president will be a woman—who likely would end up running for the top job in four or eight years. It says something about America that we will make history irrespective of who we vote for. Political barriers continue to fall in what truly is the land of opportunity.

The fact that Sarah Palin is a woman was an important factor in Senator John McCain’s decision, but her story is far more compelling than her sex. Her accomplishments make her qualified. She has accumulated more interesting life experiences than have many politicians twice her age.

She is governor of Alaska today not because she sought a career in politics. Rather, she is governor because she wanted to change the state. And she has done so while sustaining a loving marriage and raising five children. In fact, what makes her achievements so unique is the fact that she is everywoman, an average homemaker who cared enough to get involved in local politics and deal with everyday problems affecting everyday people.

True, it’s not the same as meeting foreign dignitaries, but it’s far more relevant to the lives of most Americans. In fact, we’d probably be a lot better off if more of our national politicians did more nuts and bolts political work at the local level.

Still, Sarah Palin’s vision did not stop with the town of Wasilla. She looked at her state government and didn’t like what she saw. Rather than wait for someone else to act, she challenged the incumbent governor. Some dismiss her accomplishments because of Alaska’s small population, but it often is most difficult to break into a small, insular, corrupt political system, like in Alaska.

Yes, her time as governor has been short. But she has already made a difference by taking on the state’s entrenched elites, battling corruption, and reducing the legislature’s bloated capital appropriations. It is no wonder that the vast majority of Alaskans approve of her performance. It’s a record that gives Americans a sense of her possibilities in Washington. As Lisa Schiffren put it, Palin “brings real reform credentials, authentic Reaganite conservatism, small-government values, and the pragmatic ethos of a middle-class mother of five.”

Madeleine Kunin, former governor of Vermont, sneers about Alaska being so far “from the center of gravity of American politics” and approvingly quotes those who denounce Palin’s nomination as an “insult to women.” It brings to mind Doonesbury cartoonist Garry Trudeau’s use of the term “Brown Sugar,” which goes back to slave times, to refer to then National Security Adviser Condoleezza Rice. The unsubtle implication was that she had slept her way to the White House. The reference was outrageous and should have been vigorously denounced by feminists, but groups such as the National Organization for Women remained silent. Their assumption is that “real” women are liberals who believe in using government to transform society. Conservative women just aren’t really women. Thus, professional gender activists are now attacking Governor Palin, but this personal destruction isn’t likely to work.

Sarah Palin might not win the votes of left-wing feminists, but she appeals to average women and men across the country. Like the rest of us, she wants to make a difference. Let’s listen to, and debate her hopes and dreams for America.

Americans should be proud of what both campaigns have delivered. On one side is an eloquent African-American preaching change, backed by a seasoned veteran of Capitol Hill. On the other, is an unconventional maverick veteran of Republican politics known for “straight talk,” backed by a reformist understudy—who happens to be a woman. The choice is clear. Let’s have an issues-oriented campaign in which all four candidates explain their vision for America, and how they hope to accomplish it.