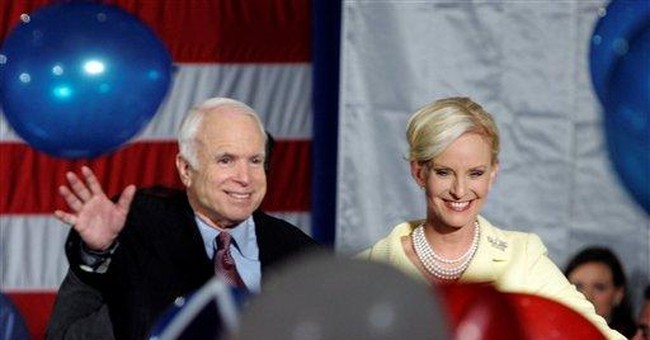 A great deal has changed since President Reagan left the national stage. Our enemies have come to our shores, the rising tide of our economy has not "lifted all boats" and our government has increased, not lessened its intrusion into our lives. However, many of the issues that united us during the Reagan Revolution in the 1980s — lower taxes, less government spending, free markets and strong national security — are the same issues that motivate voters today.

Reagan’s successes were in large part due to his ability to focus on those things that unite us. Rather than trying to divide the American people along philosophical or political lines, he made a connection with average citizens through themes that inspired us and policies that restored our national pride as well as the security and prosperity of a nation. Reagan did the unthinkable: he helped America embrace conservatism and the core beliefs of the Republican Party.

While our party has changed too, the core of who we are and what we believe has not. Republicans are not conflicted by the ups and downs of elections, but rather by the very nature of conservatism in this post-Reagan era. We are conflicted over defining the vision of the conservative movement, its radical nature, and the unique challenges and opportunities that lie before America. We are conflicted over who and how we will lead during these changing times. Republicans stand on the precipice of conservatism, ready to throw each other off because we feel as if we’ve lost our grip on what conservatism means; indeed, what it means to be a republican.

But, we should never lose faith first and foremost in our belief in the power and ingenuity of the individual to create the legacy of a nation through hard work and self-discipline. Conservatives must stand firm once again in our belief that government should be limited so that it never becomes powerful enough to infringe on the rights of the individual. We must reaffirm the principle of lowering taxes so that individuals might keep more of their hard earned wages, and realize the economic power that it generates. Republicans must promote business regulations that encourage entrepreneurs to take risks so that more individuals can enjoy the satisfaction and fruits of self-made success; and our party must always remain steadfast in its defense of a colorblind society, so that each man or woman is treated as an individual and not as a member of some hyphenated class or group.

Conservatives now have a window of opportunity to demonstrate the truth of America: that every American regardless of his or her station in life, upbringing or social status has the opportunity to turn their hopes into action and to realize the promise that is the American dream! Ronald Reagan understood that; and he acted to lift a dispirited nation to become that “shining city on a hill”.

Republicans must remind America once again that its promise is the promise of endless possibilities and define for countless generations those values we hold dear: the value to the soul of religious faith, complete integrity, loyalty, and truthfulness. Let’s honor America with incorruptible public service, a respect for economy in government, self-reliance, thrift, and individual liberty. Let’s stand firm in our patriotism, real love of country and willingness to sacrifice for it as those who have gone before us.

The Party of Lincoln is the Party of ideas and leadership that have made and will continue to make this nation great. Republicans must now gather strength from within as we enter a critical period in America's history. We must work to restore faith in our Party by standing on those principles that not only unite us as Republicans, but as Americans. Republicans need to stop looking for Reagan and start acting like Republicans.

It is still a long and bumpy road to the White House this November, but I am confident that Republicans and the conservative movement they inspired will regain in strength if we stick to those values that have long-united our Party and stirred a generation to join our cause. These are the values that continue to empower, uplift and remind us that America will always be the one place on earth where possibility meets opportunity. A place we call the American dream.