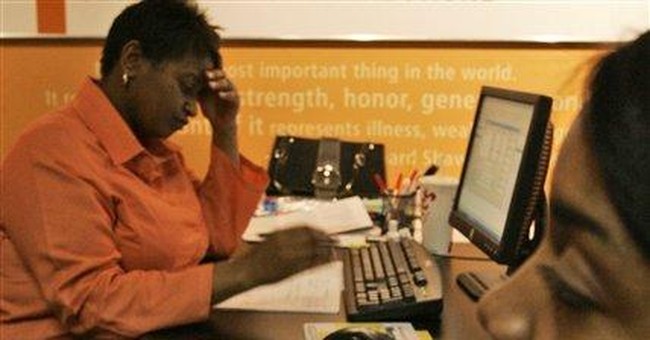 America has always been the land of opportunity. It is a land where the American Dream is more than just a dream; it is a tangible motivator that fosters a pioneer and entrepreneurial spirit. Along the way, the nation has faced challenges, overcome obstacles and fought to keep the American Dream alive. Indeed, that dream has endured and, in fact, grown by adapting to a changing world.

So, when the legislature returned to Annapolis in January 2007, I noted the rhetoric and advocacy of our leaders and how they proposed to respond to the challenges of balancing Maryland's budget needs with the fiscal needs of Maryland families and businesses. I wondered whether legislators would secure the legacy wealth of hard working Marylanders or dilute it. Spending and taxation had their advocates. Who would be the advocate for the people?

Certainly not Governor Martin O’Malley who sought and obtained passage of a “prevailing wage” on all state projects, thereby artificially inflating wages and increasing the cost to the taxpayers. He also capped tuition at the University of Maryland, leaving the state with the increased bill to cover the difference. Remember BG&E anyone? Gov. O’Malley’s appointed members of the Public Service Commission raised electric rates for Maryland’s families already struggling to keep up with rising energy prices. The 2007 legislative session culminated in the passage of Governor O’Malley’s budget which increased government spending by 18%.

When Governor Ehrlich and I took office in 2003, Maryland faced a record budget deficit of $2 billion, an unfriendly business climate, a deteriorating Chesapeake Bay, and an inadequate transportation system. Through fiscal prudence and discipline, four years later, we left state government with a $1 billion budget surplus without a enacting a sales or income tax increase. Our administration cut government spending by more than $700 million in our first six months. We cut the size of the executive branch work force by 7 percent and defeated $7.5 billion in proposed new taxes over the course of four years. What a difference responsible leadership can make.

At the recent conclusion of the “Special Session” of the Maryland General Assembly, it became clear once again there were no advocates for the needs of Maryland’s citizens and that any economic growth would become harder for Maryland’s families, businesses, and entrepreneurs to achieve.

Against a backdrop of record home foreclosures (with Maryland ranking 14th in the nation), gas prices above $3.40 a gallon and the general pace of economic growth slowing, instead of seeking ways to keep more money in our pockets, Governor O’Malley pulled out the standard liberal “tax and spend” playbook, and pushed through a massive $1.4 billion per year tax increase on Maryland families.

In today’s world, our elected representatives must strive to create opportunity, not dependence. We need government to operate within its means and to be a responsible steward of the hard-earned money entrusted to it by taxpayers. If we are to continue to be a land where everyone can still live the American Dream and secure a legacy of ownership for themselves and for their children, we must demand greater fiscal responsibility from government.

So, when I see the front page pictures of the Governor, the Senate President, and the Speaker of the House “celebrating” the passage of a $1.4 billion a year tax increase as “the boldest move, the boldest action, on the part of any governor”, I wonder how many Marylanders will celebrate this “bold move” when they get their paycheck, fill their gas tank, buy a winter jacket, buy a new car or try to save for the future? We can’t wait to celebrate having to pay more with less.

We live in a time when many of our families are struggling just to live paycheck to paycheck and can not afford another financial burden, especially one they didn’t create. Yet, in pushing through the largest tax increases in the State’s history, Governor O’Malley has made a claim to an "expansive, generous vision of government's role" in our lives. That’s the last thing Marylanders need and the one thing we cannot afford.

No people can prosper when its leaders believe the way to empowerment lies not in the advancement of the individual, but in the promotion of an opportunistic government. Speaker Bush in praising the efforts of the Governor and the General Assembly, noted, "This is a day to move Maryland forward. It puts all the demons behind us.” Exactly, Mr. Speaker, right where our wallets are.