What makes a Republican? 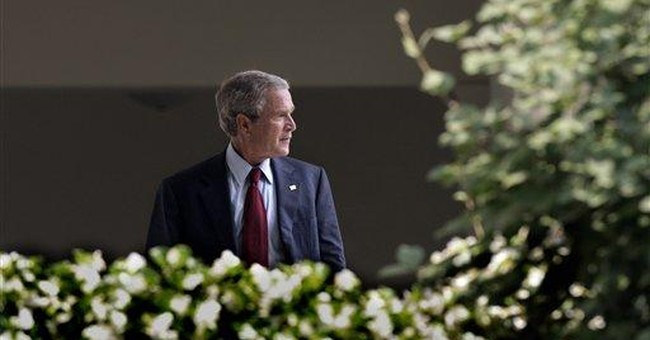 These days the news media are filled with reports about influential Republicans breaking with President Bush and the Administration on big issues like the war in Iraq and immigration reform. The conventional wisdom among political pundits seems to be that this is a sign of Republican weakness and uncertainty, a cynical political calculation based on the President's declining poll numbers and a Democratic resurgence in Congress. That's a convenient explanation, but one that is far too simple and shortsighted.

This summer's high stakes debates over Iraq, the war on terror, immigration and all the rest are really nothing new, and certainly not unhealthy. From our party's founding in the turbulent years before the Civil War until today, independent thought and new ideas have been what Republicans have been all about. I am very proud to say that I and my fellow Republicans have never been comfortable marching in lockstep with any administration or ideology. Republicans have always come from a diverse mix of backgrounds and perspectives. We have often disagreed among ourselves on issues big and small. And over the years many of those disagreements have been far more fundamental and far reaching than anything we are seeing today.

Two generations ago as America emerged from the Second World War a dominant world power about to enter a long twilight struggle that would determine the future of freedom, the Republican party was home to political beliefs spanning a wide spectrum from very conservative, what some would call isolationist, all the way to what many today would consider moderately liberal. Robert Taft, Arthur Vandenberg and Nelson Rockefeller were all influential Republicans, even as they brought widely diverse backgrounds and sharply differing perspectives to the political debate. Their passionate disagreements, and the new ideas those disagreements, generated have defined over three generations of American political thought.

Vigorous discussion and hard fought debate are what Republican politics should be all about. The health of our party, indeed the health of our nation and the survival of freedom and democracy, depend on a constant stream of new ideas. New solutions for new problems. New ways of thinking about old issues. To worry that the Republican Party is losing its way or breaking apart because some of its most influential leaders happen to disagree with the current administration is to ignore the clear lessons of history.

One idea that does unite Republicans across the ideological spectrum is a faith in the wisdom of the people and a corresponding distrust of the idea that government, even a government led by Republicans, always knows best. Republicans from all points on the political compass should be pleased that influential party leaders like Richard Lugar, George Voinovich, and John Warner are raising questions about the Administration's prosecution of the war in Iraq and the larger battle against global terrorism. Republicans should be pleased when conservative party leaders like Newt Gingrich are willing to question the President's allegiance to bedrock conservative principles. Leaders in and out of government, representing many different ideological perspectives, should be praised for giving voice to the concerns of the people, even when others in the party may criticize them for breaking with the White House. That kind of outspoken political independence is what Republicans have always believed they were sent to Washington to represent.