An Open Letter to the Republican Presidential Candidates 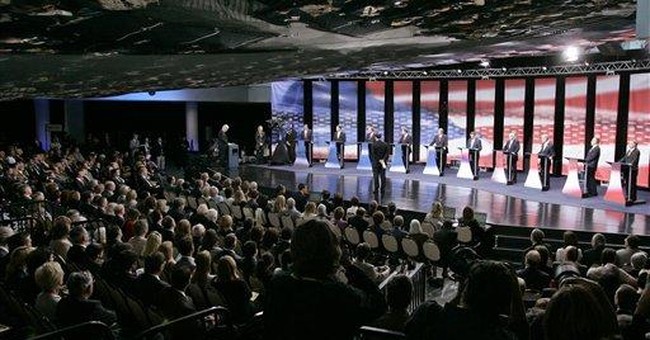 An Open Letter to the Republican Presidential Candidates in preparation for the South Carolina debate:

For years, I sat in audiences and listened as politicians tried to win over voters, especially minority voters, by talking about hope.

But our communities demand more from its leaders than “hope” because hope by itself is not a strategy.

What we Republicans can speak to and the kind of leadership Americans demand (and we can provide) affords every citizen the opportunity to turn their dreams into reality and their hopes into action for themselves and their families.

On Tuesday night, I ask that you lay out an agenda for America that speaks to how you as president will make real the hopes of this great nation through actions, I ask that you affirm for us that the surest way to secure the future is to create “legacy wealth” or ownership - in one’s business, one’s home, and one’s community. Legacy wealth in turn creates for our children and our children’s children real value in that little thing we call the American dream.

That dream reminds us that while your name may not be Rockefeller or Trump; or even Oprah, your legacy is just as rich, your dreams are no less real and your opportunities are yours for the taking.

During the debate, I hope you will communicate an agenda that seeks to empower not by creating dependency but by creating opportunity.

Share with America whether you believe government has a limited role in our lives such that it never becomes powerful enough to infringe on the rights of the individual.

Share with America whether you believe in lower taxes, responsible spending and fiscal accountability, so that individuals might keep more of their hard earned money, and realize the economic power that it represents.

Share with America whether you believe in business regulations that encourage entrepreneurs, so that more individuals can enjoy the satisfaction and fruits of self-made success.

Share with America whether you believe in the ideal of a colorblind society, so that each man or woman is treated as an individual, and not as a member of some class or group.

But also share with America that you understand that the gap between Washington and our families is real; that the disconnect between elected leadership and the people is real.

Reaffirm for voters that our Republican Party recognizes that each of us are empowered not by government but by our own individual aspirations; that each of us are empowered because we are free and we are free because we are the light of that “shining city on hill” in which the American dream is not a slogan but an opportunity.

For countless Americans, the legacy handed to us so many generations ago inspires us to embrace the values that shape us, transform us, and free us to pursue our dreams.

I'm asking you to make the case that only opportunity can defeat dependence and that only self reliance can overcome adversity; that it is always better to elevate those in need beyond reliance on government, rather than consigning them to permanent dependence on that government.