A Fresh Change and a New Beginning? The November 2009 Elections 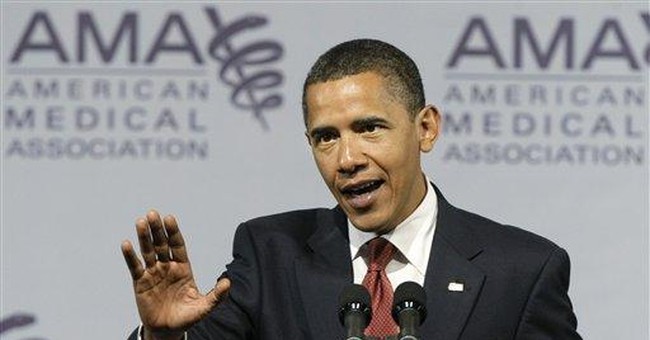 Next Tuesday, November 3, voters across the nation will take to the polls in the first elections since President Obama's inauguration.

At stake are critical state legislative races across our nation that will determine future redistricting boundaries, as well as important gubernatorial races in high-profile states. But Conservatives must also recognize that what is at stake goes beyond these tangible election results -- the results will be rightfully viewed as a voter referendum on President Obama, the Democrat-led Congress and their progressive agenda.

This is why it is essential for Conservatives across our nation to get to the polls and pull the lever for Republican candidates -- even if you don't see eye to eye on every important issue with that particular candidate. This important moment requires Conservatives to come together and unite behind our diverse pool of candidates so that we can direct our energy toward the defeat of Democrats nationwide.

The two races that will deservedly garner the most attention next Tuesday are the elections for governor in New Jersey and Virginia.

In New Jersey, the Republican challenger, former U.S. Attorney Chris Christie, has been garnering significant support for a traditionally blue state with an incumbent Democratic governor.

Throughout most the last several months, polls showed Christie with a small lead, some of which has dissipated lately, as Democratic Gov. Jon Corzine has caught up and, in some polls, regained the lead. Christie has also struggled against Chris Daggett, a late-coming third-party candidate for governor. Since his announcement he has seen steady and sizable gains, polling as high as 17 percent, and has directly contributed to Gov. Corzine's gains.

With President Obama having heavily stumped for Gov. Corzine, and given that the state went to the president by a 56.8 percent to 42.1 percent margin, Chris Christie has fought a rough battle, a battle which he can win, if we can see the importance of getting each and every Conservative and Libertarian-leaning New Jerseyan to the polls. Failure to do so will lead to the continued tax increases, budget shortfalls and excessive spending that have heavily contributed to the rapid decline of the state's economy, and will give national Democrats an important win to bolster their pursuit of dangerous domestic policies.

In Virginia's governor's race, Attorney General and Republican Candidate Bob McDonnell is realizing significant gains over his Democratic opponent Creigh Deeds as they head into the home stretch -- holding a double-digit lead in some polls. What makes these numbers even more impressive, and a bit surprising, is the fact that just last year President Obama stunned the political world by capturing Virginia by a comfortable 6 percent. The Democrats' recent electoral success there alone should give Conservative Virginians all the motivation they need to get to the polls and reclaim their state.

And in Virginia, history is on the side of the Bob McDonnell. In every Virginia gubernatorial election since 1977, the voters have elected a governor from the opposition party of the recently-elected president, no matter how high a margin of victory that president had, including even my father, Ronald Reagan.

But we cannot rely on history to write itself. Nothing about these elections is guaranteed for us. The candidates have done their part, travelling around their fine states reaching out to voters. Now the responsibility lies with us.

Will we stand up and send a powerful message to President Obama and the Democrats in Washington that we are not fooled by their empty promises? Will we show the pundits that the Republican brand is neither dead nor defeated, but that the conservative principles we hold are vital for today?

The last time we had a newly-elected Democratic president, Bill Clinton, two Republicans won election as the governors of New Jersey and Virginia. The next year, Republicans swept into elected office in Washington in the 'Republican Revolution of 1994,' reinvigorating the national debate and rewriting the legislative agenda.

My friends, it's time for another revolution. And it all starts next Tuesday when you step inside the election booth.