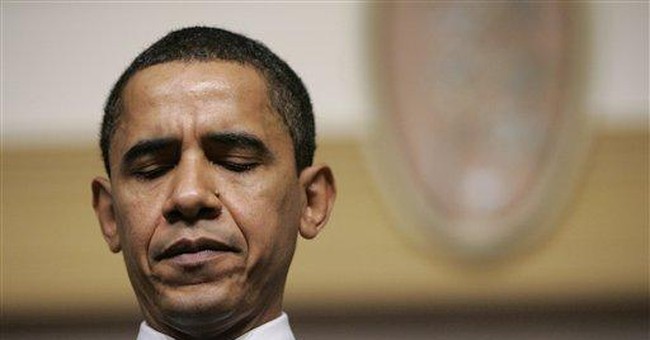 What happened in Pakistan today is just more proof that when it comes to the war on terrorism, the Democrats are so terribly wrong-headed that they constitute a serious threat to the security of the American people -- that's you and me.

The assassination of former Pakistani Prime Minister Benazir Bhutto is just another message -- if any more are needed -- that we are involved in a global war with an enemy that has no morals, no scruples and no respect for human life.

We can expect that the message will go undelivered to the national leadership of the Democratic party, which has shown a reckless disregard to any hints that hard-headed U.S. policy vis-à-vis Islamic terrorism is right and is justified.

In stubborn resistance to reality, Congressional Democrats have steadfastly clung to the notion that the Bush administration is wrong in its determination to face the war being forced on us by worldwide Islamo-fascism and expend its energies in fighting it wherever is with all that is required.

The Democrats, on the other hand, have turned a blind eye to the true nature of the war, especially in their insistence that the war in Iraq is not part of the total war and wants us out, pronto, leaving Iraq to deal with a threat it is not yet able to deal with.

Their myopia over Iraq and the need to pursue an aggressive strategy to root out and destroy the enemy wherever he is, as we are now doing with the surge in Iraq, is not limited to that struggle. It seems that whenever tough measures are called for, they rise up in strident opposition.

Such is the case in Pakistan, where Nancy Pelosi not long ago expressed her disapproval of Pakistani President Pervez Musharraf's hard-line stance towards the huge radical element in his country, where polls show that fully 48 percent of the population favors al Qaeda and the Taliban.

When Musharraf imposed emergency rule and suspended his nation's constitution in the face of massive unrest in Pakistan, Pelosi -- who seems to labor under the misapprehension that among her roles is secretary of state for Capitol Hill -- let loose with this broadside, pinning the blame on the Bush Administration, which she neglected to note shared her unhappiness with Musharraf's actions, but not her stridency:

"For too long, President Musharraf failed to confront effectively his growing unpopularity" Madame Pelosi said. "The Bush Administration enabled Musharraf's delusion by ignoring his undemocratic acts and lack of internal support in exchange for his assistance in efforts against terrorism. Pakistan will only be a reliable and capable ally against terrorism when its government is not seen as an enemy by its own people," Pelosi added.

This in the face of that near-majority of the population that sees its government as the real enemy and supports al Qaeda, which wants to kill us all and has tried nine times to kill Pervez Musharraf, who just happens to be our sole hope of keeping order in a nuclear-armed Pakistan and preventing the horrendous Taliban from re-conquering Afghanistan.

War, as the Kennedys used to say about politics, "ain't beanbag." Victory does not go to the fainthearted. And like it or not, what we face in Pakistan and Afghanistan and Iraq, and in a lot of other troubled areas of the world, is all-out war. Musharraf understands that.

Wherever we are engaged in that war the Democratic party, now thoroughly in the hands of the greatest conglomeration of fanatic far-out left-wingers in all creation, prefers to treat the struggle as if it were beanbag, where one plays by gentlemanly rules even as the enemy kills people in suicide bombings or chopping off heads.

Pakistan is not an isolated case. We are as much at war there, by proxy, as we are in Afghanistan where our troops battle the Taliban. If we lose Pakistan, al Qaeda could be the world's ninth nuclear power, and playing the Democrats' game of beanbag could threaten us with mushroom clouds over Manhattan.