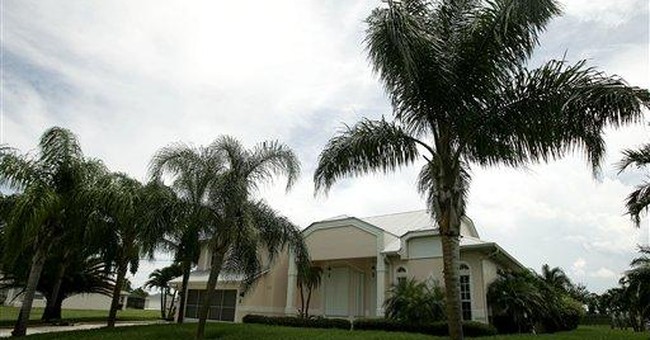 Child abuse is growing out of control here in America, and there’s a good reason why: the traditional family is coming apart at the seams.

According to reports made to state agencies, there were 900,000 incidents of child abuse in 2005 alone. These raw numbers give no clue just how much child abuse correlates with parents’ marital status or the make-up of the victim’s household, although these are vitally important factors in child abuse cases. The proof is in the news far too often.

In almost all cases of horrific child abuse that is exactly the situation of the victim. Nobody is more at risk today than children living in fatherless homes where the mother’s boyfriend is sharing her bed while avoiding the commitment of marriage, or a new husband views her children as unwanted consequences of the new marriage.

You have young women who for one reason or another have not gotten the love of their child’s father, their former husband, who confuse sex with love, and give no thought to the consequences of bringing a man who has no emotional ties with their children into their homes and expect them to act as substitute dads.

In pursuit of maintaining their so-called relationship, many allow these men to beat their children, often as punishment for having disturbed the boyfriend in some way, such as crying or soiling their diapers.

It never occurs to them that in most cases the boyfriend views their child as an inconvenience to be put up with as a price for getting sex without commitment. Yet they do not hesitate to put their child in his care, especially if she is the breadwinner in the household while the often-jobless boyfriend stays home with their son or daughter and lives on her income.

We read about the deadly consequences children pay for being forced to live in these circumstances where they find themselves in a home where their real father is no longer present and a stranger is taking his place.

A tragic case in point involved two-year-old Riley Ann Sawyers whose body was found in Galveston Bay, in a plastic box, on Oct. 29. Riley’s mom and real dad were not married and had split up and gone their separate ways.

Her mother, 19-year-old Kimberly Dawn Trenor met Royce Clyde Zeigler II a couple of years ago while playing an online game, World of Warcraft, according to the Associated Press, which reports that she moved with her daughter from Ohio to Spring Texas and married Zeigler.

In a statement to police, first reported by Houston television station KTRK, Trenor said that she and Zeigler, 24, killed her daughter last July 24.

She said that the little girl was beaten with leather belts, had her head held underwater in a bathtub and then was thrown across a room, her head slamming into a tile floor, and added that they kept the body in a storage shed for one to two months before they put it in a plastic bin and dumped it into Galveston Bay.

Sadly, we read about this kind of outrage all the time. We are appalled that it happens but we are unwilling to look at the causes. Americans have said that they are willing to accept all these distortions of family life and they do not dare to define marriage as a lasting arrangement between a man and a woman. Nowadays, marriage is whatever aberration we say it is.

We don’t want to offend anybody, and while we are avoiding offending single mothers living with their current boyfriends, or men and women who treat their marriage vows as temporary arrangements without regard to the damaging effect divorce has on the kids, children are being beaten and children are dying.

And in the face of all of this, Massachusetts is worried about spanking.