The Other Reagan Doctrine: Keeping the Lid On 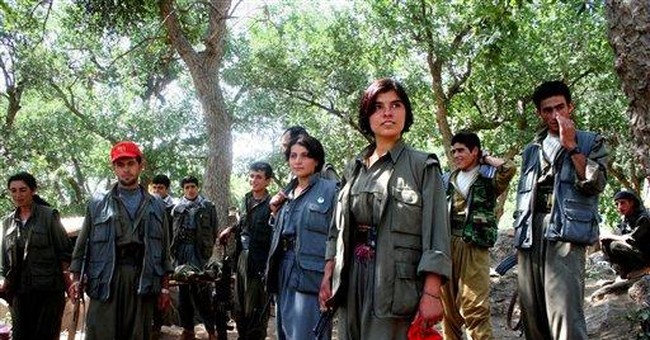 I got thinking about something my dad Ronald Reagan wrote about in his book “An American Life” about the importance of sometimes keeping secrets from Congress.

He recalled certain things he refused to reveal to members of Congress and explained why he would not take them into his confidence.

For example, he recalled that he would not share with Congress the fact that he was about to go into Grenada to prevent a Communist takeover of that island and to rescue endangered American students there.

He would not share with Congress the fact that he was about to order a fly-by over Khadafy’s Libya, and take out one or two of his homes in the process.

He wouldn’t share with Congress that he was ordering Ed Meese to shoot down Libyan planes if they locked on to our fighter planes with their missiles. He said if our pilots believed they were locked-on they should not hesitate to shoot them down. And they did.

In his book he explained that he didn’t reveal these things because he feared that members of Congress would leak information to the media to try to stop him from carrying out those plans to protect our national security which they opposed.

He knew that such leaks could cause people to lose their lives and be very detrimental to the United States. So he kept his mouth shut.

What got me thinking about this was an article in The Washington Times last week that revealed that the Bush administration was devising a plan to stave off the very serious possibility of a Turkish invasion and military action in northern Iraq.

The story claimed that U.S. Special Forces would work with the Turkish military to locate and capture leaders of a Kurdish rebel group, the Kurdistan Workers Party (PKK).

Covert action, classified planning, and the utmost secrecy were required if the plan was to succeed in preventing an explosive situation to develop in northern Iraq, which up to now has been the most peaceful area of that troubled country. An invasion by Turkey would upset that apple cart.

It was vital that the plan be kept confidential, and members of Congress were told that fact during Congressional briefings, but unconcerned Capitol Hill blabbermouths chucked security into the trash can when one or more members of Congress present at briefings -- conducted in secrecy by Undersecretary of Defense Eric Edelman -- leaked the information to columnist Robert Novak, who published it in his column.

Here we go again with members of Congress. They leaked information either because they disagree with a policy or are just excited over being able to show how important they are in having access to classified information they can leak to the media.

It doesn’t bother them that the leaks prevented something vital to our national security from happening. In this case, the plan no longer has any chance of success because, thanks to the leakers, everyone knows about it.

These members of Congress who can’t or won’t keep a secret need to be held accountable, but they won’t because the one piece of information they won’t leak is who they are.

These leakers could kill us all someday.

It’s a good thing there were no politicians or reporters around when George Washington crossed the Delaware. If they had been the Hessians would have been waiting for them on the other side.

My dad had the right idea: Don’t ask, don’t tell. Just go ahead and do the right thing and keep quiet about it until it’s done.

Damn Everyone to Hell: Here's An MSNBC Rant For the Ages
Townhall
Warriors issue really vague statement about part-owner who said no one cares about genocide in China
Twitchy
Democrats Begin Pushing a Major Elections Lie
Redstate
Street Artists on Both Coasts Take Aim at COVID Authoritarianism and the Lefties Can't Cope
PJ Media