The Hollywood Culture Takes Over 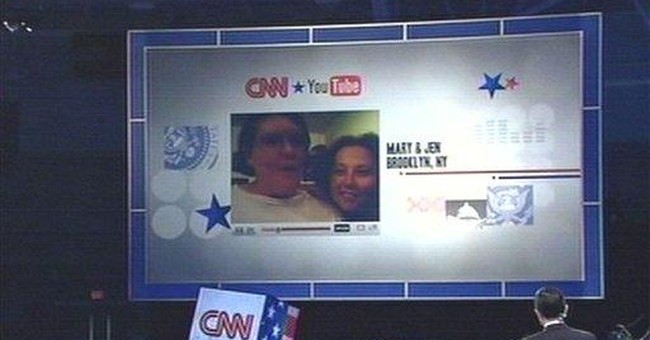 The Kennedy definition of politics was that it “ain’t beanball,” but as the Democratic debates on CNN the other night showed, politics ain’t even politics anymore – it’s show business a la Hollywood.

Among the Democrats, the culture of American politics has succumbed to the culture of the coke-snorting, booze-soaked Hollywood of Paris Hilton and Lindsay Lohan and the rest of Tinseltown’s decadent and far-Left celebrities.

Things in Hollywood have changed drastically since my parents’ day. Nowadays we have bizarre incidents involving pampered, out-of-control blondes routinely exposing their private parts, commuting back and forth from rehab center to rehab center or the L.A. Slammer, all while the media celebrates their antics.

Back when my mom and dad were acting, we also had blondes such as Jayne Mansfield and Marilyn Monroe, and even though they were hardly role models for decent behavior, they managed to show restraint, even when cavorting with a president of the United States, as in Monroe’s case.

The current lack of restraint was on display the other night when CNN abandoned any pretense of seriousness and turned the question-asking function of the debate moderator over to a weird conglomeration of clownish inquisitors via YouTube.Com.

Instead of walking off the stage at this degradation of a process allegedly designed to help voters decide who should carry their party’s banner into the 2008 presidential election campaign, the candidates went along with this sham of a debate, dutifully playing the role of straight men to a cast recruited from Looney Tunes.

On display was the culture of Hollywood – the culture of Paris Hilton and Lindsay Lohan, the Hollywood that marches in lockstep with the militant Marxists who dominate the Democrat party today.

Think about it. In an era when the very survival of civilization is threatened by terrorism organized on a global scale there was not a single mention of the ongoing war on terrorism, which is costing lives every day.

Instead we have a questioner dressed as a sock puppet asking about global warming. Now that’s bad enough, but what is even worse is that he was taken seriously.

I don’t blame the debaters for this debacle as much as I blame CNN for allowing what was meant to be a debate to become a venue for Hollywood-style show business. I am surprised that they didn’t include among the questioners Miss Hilton or Miss Lohan or at the very least, Rosie O’Donnell.

CNN also managed to include a question about gun rights from what they would like the audience to believe was a typical supporter of Second Amendment rights to gun ownership – an AK47-toting fanatic who resembled an average American National Rifle Association member about as much as Cindy Sheehan resembles an average Gold Star Mother.

When the culture of Hollywood dominates politics, the real issues are stifled – the public is denied an opportunity to understand that the real underlying issue is the struggle between a party that wishes to impose their Marxist policies and programs on the nation and the Republicans who don’t. Democrats want big government and Republicans insist that the best government is the government that governs the least.

When spectacle edges substance aside, you get such aberrations being taken seriously as one candidate’s proposal to give free medical care to illegal aliens or another’s idea of giving sex education to five-year-olds.

When the culture of Hollywood dominates the political discourse you end up having debates that tell the American people nothing of substance.

Politics becomes a spectacle something like the Academy Awards where the participants show up in their most glamorous attire, mutter a lot of meaningless dialogue, celebrate each other’s celebrity, while the media oglesfrom the sidelines.

The Hollywood-ized debates are stupid. The other night, CNN went a step further and made them asinine.