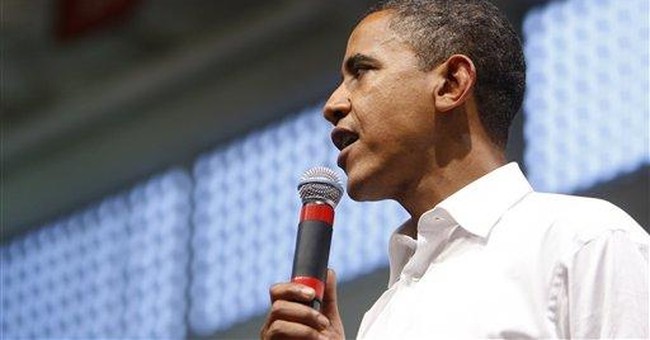 David Freddoso: The carefully-crafted media image of Senator Obama as a reformer is a great lie. There is, in fact, nothing in his career to point to him as someone who bridges partisan divides for the sack of positive change. This is quite clear from his record in how he’s dealt with the machine politics of Chicago, how he’s essentially served as an enabler of some extremely corrupt politicians in that city, how he has championed the same old systemic corrupt arrangements that have existed in Washington, and existed in Springfield, and in Chicago, including the various forms of corporate welfare, the special advantages that certain lobbyists seek. Senator Obama has been right in the center of that for his entire career. There is so many cases of it. The pattern is completely unmistakable and I lay them all out in “The Case Against Barack Obama.”

Medved: What is surprising to me is you talk about Barack Obama’s deep and extremely sleazy involvement with the worst of the machine politicians and yet some of the reformers, some of the leading reformers—people like former congressman and federal Judge Abner Mikva who are known as reformers—kind of adopted him. Why?

Freddoso: Well, they took a liking to him. Part of it has to do with the ties that he had in High Park, and in fact they talked Emil Jones, the state Senate president, into adopting him. There is one piece of campaign finance legislation that had been written by and proposed by someone else that ended up given to Obama basically because of a conversation that occurred between Mickva and Jones who is the state Senate president in Illinois. So you can see, nonetheless, that when reformers run an election in Chicago, Senator Obama tends to endorse the other guy, he doesn’t endorse the reformers. This was clearest, as I point out in the first chapter, in a race that was very high profile that took place in 2006. So this is also a very recent phenomenon; this isn’t something from his distant past.

Freddoso: Well, you know another one of his biographers, David Mendell, refers to Obama’s charming lack of specificity. So this is something people in Chicago have noticed for quite a while—that he is able to talk about issues as though he’s taking everybody’s side. And people want to listen to him. They kind of want to believe and, as Obama himself says in “The Audacity of Hope,” he becomes something of a blank screen onto which everyone projects their own views and they all want to see him and think he agrees with them. Or, even if he doesn’t agree with them, he would be open to hearing their point of view.

In fact, when you look at Obama’s legislative record he’s really not terribly ideologically open minded. He tends to take a position that is at the far left and stick to it even when members of his own party, even when other liberals aren’t willing to follow him there. I mean one famous example that everyone knows about from this campaign is when he talked about meeting without pre-condition with world leaders of terrorists states. That was something that even his supporters like Tom Daschle couldn’t get behind, and of course Hillary Clinton didn’t agree with that, but also Joe Biden—people with a little more experience in foreign policy weren’t willing to follow him there.

Another terrific example of that, which I think is maybe the most dramatic of his career, was when he was the only Illinois senator in 2001 to speak against a bill that would have protected premature babies from being left to die after they’ve survived abortions. That was one of the very few times that Senator Obama took a really hard position that could hurt him politically and he did it for the sake of a very, very, very extreme abortion agenda that even such abortion advocates as Barbara Boxer were unable to support when the same bill came in front of her in the Unites State Senate. She gave a speech saying “I hope this [the Born Alive Infant Protection Act] passes unanimously”—and she voted for it and it did pass unanimously. So, Senator Obama definitely has an ideological, a rigid ideological view of just about every issue that you can think of.